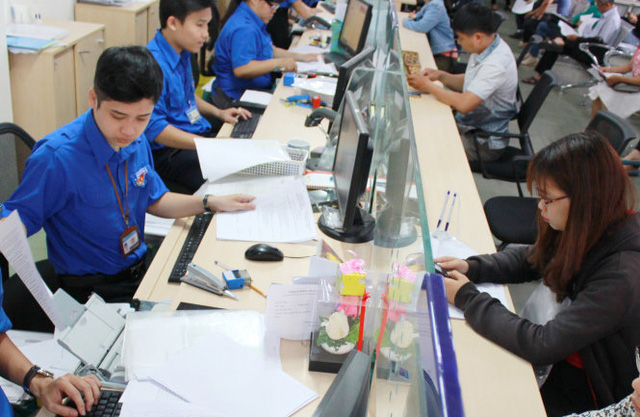 A code of conduct on how ‘public servants’ in Ho Chi Minh City should wear, behave and communicate at work has been proposed by the municipal Department of Internal Affairs.

According to the proposal, the dress code for male public workers is shirt and trousers while female workers are required to wear ao dai, the Vietnamese traditional dress, trousers, suits, or knee-length skirts.

The proposed code of conduct also requires that male public servants at work refrain from wearing jeans or T-shirts, except when they participate in other activities organized by their agencies or offices.

Public servants are also required to use polite and clear language and not shout at people or use slangs while working with citizens.

The proposal also states that public employees are not allowed to consume alcohol neither at work nor during break time. They are also not allowed to smoke at their workplace, either.

Public servants are also banned from gambling, or participating in any activities deemed illegal in Vietnam. While at work, they are also not allowed to wear headphones, listen to music, play computer games, or use electronic devices for personal purposes.

Furthermore, they are required not to access websites unrelated to their work or responsibilities.

The civil servants are not allowed to practice any superstition in the offices.

If approved by the municipal administration, the proposed code of conduct will be applied to public servants in Ho Chi Minh City while they are at work or on business trip

In September, the administration of the southern Can Tho City also issued a ban on jeans for public servants at work.