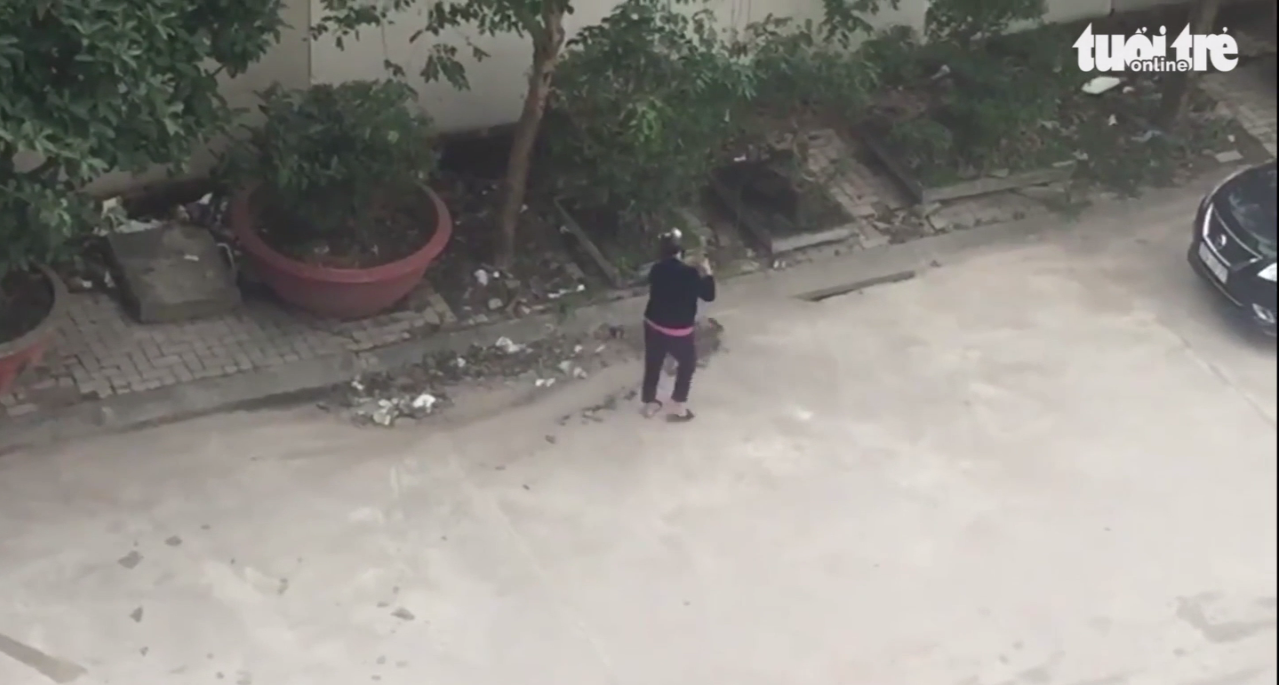 ​Vietnamese woman fined after being caught sweeping trash down sewer

A woman in the north-central Vietnamese province of Nghe An has been fined after being caught dumping rubbish into a local sewer on camera.

Bui Thi Ha, 60, residing in Vinh Tan Ward, Vinh City has been slapped with a VND1 million (US$44) fine for sweeping garbage down a manhole in her neighborhood, Nguyen Hoang Manh, chairman of the Vinh Tan People’s Committee, confirmed on Friday morning.

Ha was caught on camera sweeping litters on a street next to the Tan Phat Apartment Complex before dumping the trash into a sewer entrance along the road.

The footage was filmed by a resident in the apartment building, who later uploaded it to Facebook.

Many viewers on the social media have expressed their dissatisfaction with the act.

During a working session with competent authorities, Ha admitted her wrongdoing.

Ha said she was traveling on the street when she noticed it was filled with rubbish and decided to do a clean-up.

She then grabbed a broom, sweeping the street and eventually dumping the trash down to the nearby sewer.

As the action violates environmental protection regulations, local authorities decided to impose a fine upon Ha.

The woman was previously in charge of cleaning up the streets in the neighborhood and has retired.