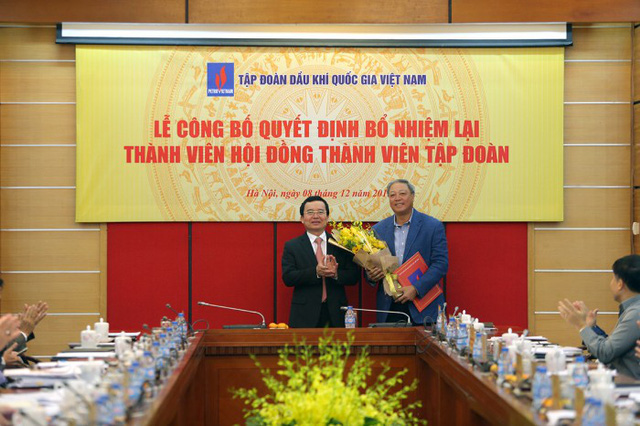 Police in Vietnam have begun legal proceedings against a high-ranking official of state-run gas and oil giant PetroVietnam (PVN) over his involvement in serious financial violations.

The Ministry of Public Security confirmed on Tuesday that they had initiated legal procedures against Phan Dinh Duc, a member of PVN’s board of directors, for deliberately violating state regulations on economic management.

A search was also conducted at Duc’s house to facilitate the investigation.

He is currently free on bail but has been asked not to leave town.

The decision to investigate Duc was approved by the Supreme People’s Procuracy, as authorities expanded their investigation into losses of VND800 billion (US$35.2 million) in investment capital after PVN channeled it into OceanBank.

Duc was appointed a member of the managing board of PVN in November 2010.

During a phone interview, Duc confirmed to Tuoi Tre (Youth) newspaper on Monday night that he had been working with investigators that day, but refused to elaborate on what the working session was about.

The PVN official added that he had been cooperating with the authorities over the past year.

Earlier this month, Dinh La Thang, the former chairman of PVN’s board of members, was taken into custody in relation to an investigation of two serious cases of economic mismanagement.

He was suspected of being involved in one case of deliberately violating the state’s regulations on economic management, causing serious consequences, and of abusing his position and authority to claim property, affecting losses totaling VND800 billion in PVN’s investment in OceanBank.

In May, Thang was warned and then dismissed from the Politburo of the Party Central Committee based on the same financial misconduct.