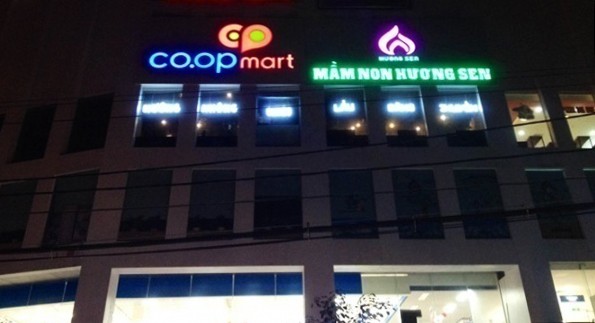 A three-year-old boy has died after falling from the 20th floor to the sixth floor of a building in Vietnam.

Officers in Nam Dinh City, in the namesake province in the northern region, are probing the fatal accident that happened at the Nam Dinh Tower, situated on Dien Bien Street in Cua Bac Ward, on Friday last week.

The victim was three-year-old Nguyen Minh Khang, who lost his life after falling from the 20th floor of the building, Colonel Dang Quang Tuyen, chief of staff of the provincial Department of Police, told Tuoi Tre (Youth) newspaper on Sunday.

The young boy was studying at the Huong Sen Kindergarten, which is situated on the third floor of the Nam Dinh Tower.

According to security camera footage, Khang went into the elevator and headed to the 21st floor before taking the stairs down to the 20th story.

The boy then climbed over a window and fell to the sixth floor.

Nguyen Ngoc Loi, 37, who is the boy’s father, said Khang was taken to the kindergarten by his grandmother on Friday morning.

At around 4:00 pm the same day, the grandmother returned to the venue to pick the boy up.

As he was nowhere to be seen, she and the teachers started looking for him on the third floor.

At 5:00 pm, a security guard of the building found Khang’s body at the balcony on the sixth floor.

The security guard also affirmed that teachers at the kindergarten had not reported the boy’s disappearance prior to his discovery.

Police officers later arrived at the site to carry out an investigation and post-mortem examination.

No sign was showing that the boy had been attacked or pushed off the window, officers stated.

According to Nguyen Phi Phuong, chairman of the People’s Committee in Cua Bac Ward, the Huong Sen Kindergarten is under the management of local authorities.

“After the cause of the accident is determined, we will review the responsibility of the school and impose suitable penalties if any violation is detected,” Phuong elaborated.