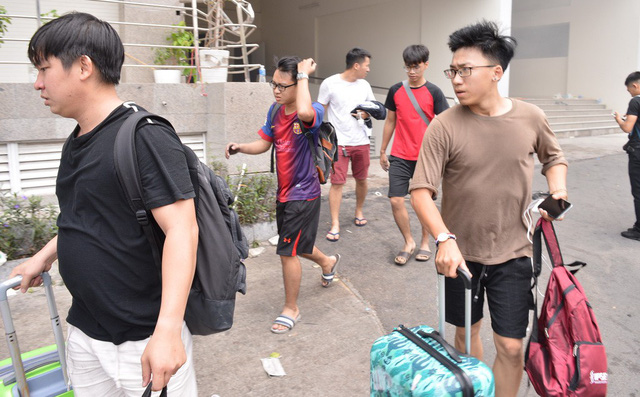 The management board of an apartment building in Ho Chi Minh City, which was engulfed by a blaze on Friday, had warnings of fire hazards just hours before the tragedy actually happened, killing 13 tenants.

Concerns about fire safety were raised by residents of the District 8-based Carina Plaza at a meeting with the apartment’s management board on Thursday evening, people with knowledge of the matter told Tuoi Tre (Youth) newspaper.

At the meeting, held roughly seven hours before the fire started at first light on Friday, some residents reported electrical leakage from screens installed inside the apartment’s elevators which are used for broadcasting advertisement.

They demanded that the unsafe screens be removed to ensure residents’ safety.

Carina tenants also objected to the leasing of lower flats to companies to be used as warehouses, which they said could pose risks of fire to the whole building.

Security guards stationed inside Carina’s basements, which are used as parking lots, had also been regularly reported for smoking on duty.

The deadly fire, which reportedly broke out at 1:30 am in a basement located between two apartment blocks A and B, sent toxic smoke up upper floors due to fire doors at all floors being left wide open.

Thirteen people were killed, including two who died from falling as they tried to escape in panic, and 91 have sustained injuries of different degrees from the blaze.

Ninety-one cars and 150 motorbikes parked inside the basement were destroyed.

According to residents, no fire alarm was sounded during the entire incident, and no evacuation directions were given by the management board over the announcement system to help residents escape to safety.

“As I ran from the tenth floor down to the ground floor, I smashed every fire alarm button I could reach,” said a Block A resident.

“I smashed them until my hands started to bleed, but no alarm was sounded.”

Ho Chi Minh City authorities have provided over VND1.5 billion (US$66,000) in financial support to families of victims as police investigation continues to determine the cause of fire.

As of Saturday morning, the cause of fire still remained under investigation. Ho Chi Minh City deputy police chief said that the possibility of an explosive deliberately placed there could not be ruled out.