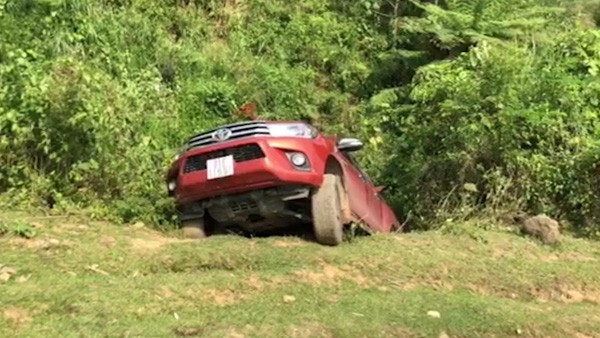 Two fugitive Vietnamese men allegedly from an armed group fatally shooting a person on Tuesday in central Vietnam were apprehended on Wednesday while hiding in the mountains.

At around 9:15 am on March 28, police in Quang Ngai Province arrested two more putative killers while the suspects were staying amongst trees in the province’s mountainous area, according to an official.

A taskforce of more than 100 policemen stayed awake throughout the night, blocking any spots through which the two suspects might flee.

Police refused to disclose preliminary information provided by the captured men in order to search for the remaining murder suspects.

The arrest followed a serious incident occurring at about 11:00 am on Tuesday in Kom Tum Province, to the west of Quang Ngai.

Nguyen Manh Cuong, 30, from Nghe An Province in north-central Vietnam, was playing billiards with a friend at Khai Son Pool Parlor in Kom Tum when several gun-carrying men arrived at the place and shot them multiple times.

Cuong died in front of the parlor while his friend was hospitalized with injuries.

Police set up a checkpoint along a road on which the shooters were likely to run away.

On the afternoon of the same day, officers chased a pick-up truck in which the men sat, and caught one of them, Nguyen Van Nam, after they got out of the vehicle, which had careered over the roadside.

Two of the remaining shooters who had escaped in the nearby mountains were nabbed on Wednesday.