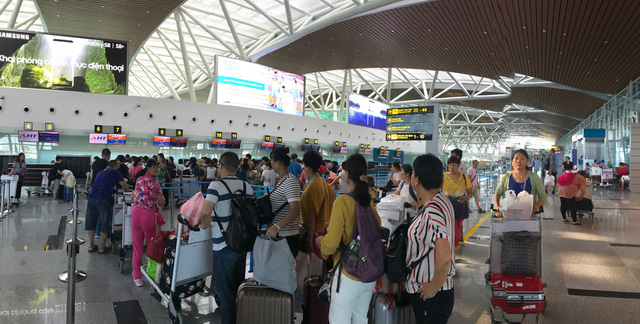 A Vietnamese man has been handed a 12-month flight ban for throwing his mobile phone at a female check-in attendant at an international airport in the central city of Da Nang.

Pham Huy Cuong, 32, hailing from the northern province of Thai Nguyen, will be unable to fly from June 21, 2018 to June 20, 2018, the Civil Aviation Authority of Vietnam confirmed on Thursday.

He will also be put under compulsory visual inspection for another six months after the ban period ends.

Cuong was charged with disturbing public order and assaulting after he threw his phone at a female check-in staff member at Da Nang International Airport.

His punishment also included a previously levied fine of VND7.5 million (US$322) by the Central Airports Authority.

The incident happened at around 10:00 pm on June 3, when Cuong arrived at the check-in counter for a Vietjet Air flight to Hanoi later that night.

T., the check-in attendant, informed Cuong that his flight had been canceled due to bad weather conditions and he would have to wait until the following day.

She added that the airline was unable to contact Cuong in advance because the phone number he had given while purchasing his ticket was incorrect..

The man then became infuriated and threw his cellphone at the female attendant, leaving a cut above her left eye.

Cuong was then escorted to the airport security office where he admitted that he had consumed alcohol prior to the incident.