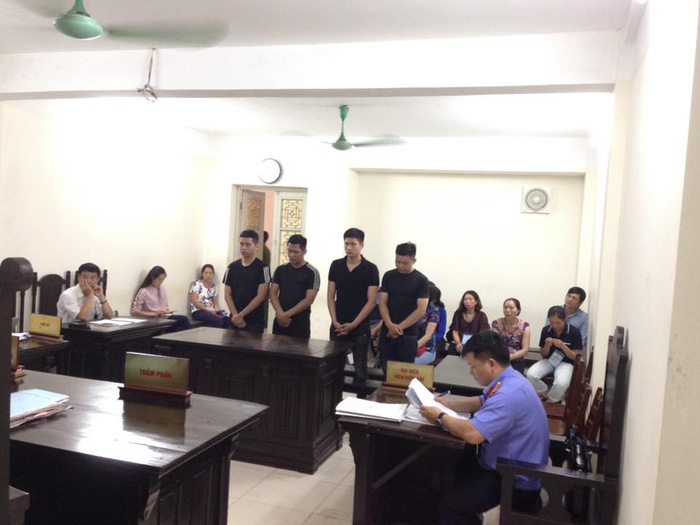 The group’s leader Nguyen Duy Hai and the other accused, Do Van An, Nguyen Xuan Tung, and Tran Chi Trung, first appeared in court in Dong Da District, Hanoi in March.

They were found guilty of “spreading pornographic content” and handed jail terms of between 36 and 48 months. All of them appealed against their sentences.

An appellate court in Hanoi on Monday approved the men’s appeals to have their sentences lowered to between 24 and 42 months, with Hai getting the highest sentence due to his role as the mastermind.

He also placed ads on foreign forums and websites offering similar content to increase traffic to his page.

Visitors who wanted to view the site’s content had to sign up for an account and pay a subscription fee of up to US$16.99 per month. A slight discount was offered to those who subscribed for longer periods and paid up front.

Hai admitted to having membership fees sent to a foreign bank account before they were transferred to his girlfriend’s account in Vietnam as a way to avoid police detection.

They had made more than VND3.2 billion ($140,000) from the business before being busted by law enforcement.

The money was partially used to re-invest into the website’s development, while the rest was split among the four.