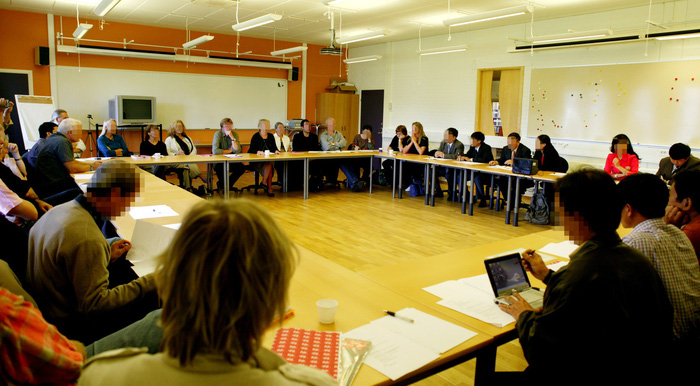 Vietnam’s former Minister of Industry and Trade is under the microscope after a state inspection revealed he spent nearly half of 2015 in foreign countries on state-funded business trips.

The inspection was meant to identify any officials in the Ministry of Finance, the Ministry of Industry and Trade, the Ministry of Information and Communications, the State Bank of Vietnam, and several provincial administrations who might have abused the government’s policies regarding work-related trips abroad during the 2012-16 period.

Currently, officials are only permitted to take trips to conduct state business abroad twice a year.

While the investigation uncovered several violations within each organization, the Ministry of Industry and Trade led the pack in terms of gross negligence, highlighted by former Minister Vu Huy Hoang’s 163 days spent overseas during a single year.

In 2015, that number dropped slightly to 22 delegations but the total time spent abroad amounted to a whopping 163 days.

The use of state funding for foreign travel was rampant throughout the ministry, with several of Hoang’s deputies chalking up more than two visits to foreign nations annually.

Deputy Minister of Finance Truong Chi Trung was also identified in the government’s inspection as having taken between five and 13 overseas trips each year since assuming his position in 2010.

Phan Thi My Thanh, a former deputy secretary of the Party Committee in the southern province of Dong Nai was among the local officials named as having spent significant time abroad between 2012 and 2016.

From 2012 to 2017 she was part of 17 delegations sent to overseas, at one point tallying ten trips in a single 12-month period.

According to the government inspectorate, foreign business trips are meant to enhance cooperation, negotiate agreements, promote the country’s values, and obtain knowledge and experience.

However, many delegations take advantage of these trips by adding leisure to their itineraries.

The inspectorate has requested that the prime minister require state agencies and local authorities to strictly comply with regulations on overseas business trips.

Those individuals and organizations that violate those rules must be sternly penalized, it said, adding that visits to foreign countries should be transparent in terms of purpose and expense.

Since 2012, the prime minister has implemented multiple directives and resolutions to minimize the number of overseas trips taken by public officials in order to maximize the efficiency of the national budget.

Deputy Minister of Finance Do Hoang Anh Tuan fired back at the inspection results, claiming Vietnam’s desire to rapidly integrate with the global community conflicts with its two-trip limit.