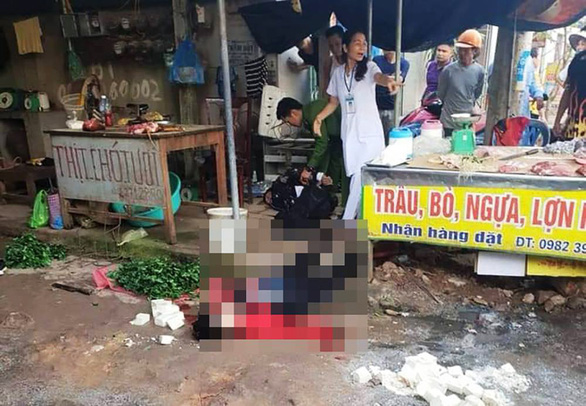 Woman shot, stabbed to death while selling tofu at market in northern Vietnam

A woman was shot multiple times before being fatally stabbed while she was selling tofu at a market in the northern Vietnamese province of Hai Duong on Wednesday.

A. was working at the marketplace when Chu Dang Khoa, 36, approached her at around 9:00 am and shot her with a handgun at least twice.

After the victim collapsed, Khoa pulled out a knife and stabbed her to death.

The man then attempted to kill himself with the same knife but his self-inflicted wound was non-fatal.

Khoa is now being treated at the hospital.

Eyewitnesses said the incident escalated so quickly that they did not have time to react.

Preliminary information obtained in the investigation showed that Khoa is a known drug addict who recently finished a prison sentence.

According to Dan Tri online newspaper, police found a total of three pistols at the scene.

Khoa previously had feelings for A. but the woman rejected him as both Khoa and the victim are already married with children.