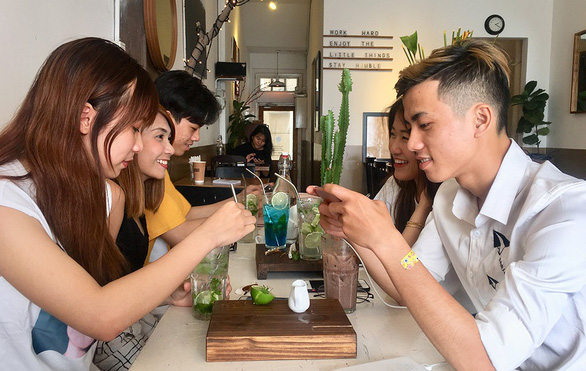 More businesses in Vietnam are investing in production of eco-friendly straws as replacement of single-use plastic straws that have stormed local restaurants and coffee franchises, signaling a shift in people’ awareness of this throbbing environmental problem.

The Old Compass is a small and quiet café and bar nestled in an age-old apartment building on Pasteur Street in downtown Ho Chi Minh City.

For the past two years, the place has stopped serving plastic straws with its drinks and switched to reusable alternatives made from stainless steel instead.

The metal straws are easy to clean and can be sterilized with boiling water after each use, according to Duong, the store manager.

The transition wasn’t a breeze, she said, as many customers demanded to be served plastic straws as they were not used to drinking from a metal straw.

“It took quite some time before the new straws caught on with our customers, who are now spreading good words about our café thanks to [our abstention from plastic straws],” Duong said.

Straws made from stainless steel, paper, bamboo, grass or even the shoot of morning glory plants are making their way onto market shelves, offering stores a range of alternatives to plastic straws.

While small establishments are keen to jump on this eco-friendly train, bigger food and beverage franchises, which contribute much more to Vietnam’s plastics problem, are more reluctant to replace plastic straws for economic reasons.

A paper straw can cost up to ten times more apiece, while plant-based straws can be around five to six times costlier than their plastic counterparts, according to the owner of a coffee franchise with over 100 stores in Vietnam.

At a recent meeting between people’s representatives in the central city of Da Nang, director of the municipal Department of Natural Resources and Environment To Van Hung announced a shocking statistics that only 20 bubble tea shops in the city’s Hai Chau District could release at least 100 cubic meters of plastics into the environment monthly on average.

“After a historic flooding in Da Nang in 2018, we went to inspect drainage outflows into the ocean and found that many of them had been blocked by plastic waste,” Hung said.

For bigger cities like Hanoi or Ho Chi Minh City, daily output of plastic waste can amount to 80 metric tons, according to statistics from the Ministry of Natural Resources and Environment.

Duong Bao Thinh, general director of Biogreen, a company that specializes in producing straws from kraft paper, said his company was among the first to introduce the product into the Vietnamese market around a year ago.

Though Biogreen is capable of producing three million kraft straws per month, Thinh said his factories are only running at less than half its capacity due to inadequate demand.

However, the businessman said he sees a bright future for this product in Vietnam and forecast that demands will easily double in the next few years.

Quynh Huong, a representative from The Organic House which sells eco-friendly products, said her company is currently supplying luxury hotels in Ho Chi Minh City with reusable straws at the rate of more than 300,000 straws per month.

Huong expects to sell her products to 30-50 percent of coffee stores in the area once store owners realize the long-term economic benefits of reusable products.

“We are currently producing by orders only, with 70 percent of our revenue coming from partners in Europe and South Korea,” said Ngo Thanh Dat, director of Reedfarm Organic, a producer of reed straws.

“The price of our products is considered cheap in foreign countries, but sales remain slow in Vietnam,” he said.

Industry insiders expect to see a hike in demands for eco-friendly straws in Vietnam, once locals finally wake up to the environmental harms of single-use plastics.