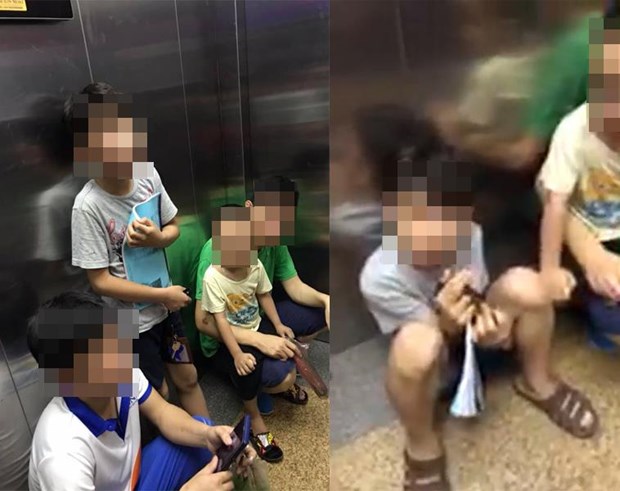 Technical problems got six residents stuck for nearly an hour in an elevator at a Hanoi apartment building on Wednesday.

The incident took place at around 6:00 pm, when six residents, including two children, entered an ascending elevator at the CT2B block of the Tan Tay Do apartments in Dan Phuong District, according to the Vietnam News Agency.

Upon reaching the fourth floor, the elevator ran into a technical problem, halting and trapping the terrified residents inside for 45 minutes.

Fortunately, the elevator’s electricity was not cut and the victims had light inside while they were stuck.

Immediately after the elevator stopped moving, one of the victims rang the emergency bell to contact the security, who quickly informed the on-duty technicians that six people were trapped inside.

Though the technicians did arrive at the scene, they did not bring any tools, according to the Vietnam News Agency.

The next 30 minutes was spent unsuccessfully trying to rescue the trapped residents.

The management board wound up contacting the elevator supplier for support and instructions on how to deal with the situation.

By the time they were rescued, the six victims had spent nearly an hour in the elevator.

The supplier said they never received any complaints or reports regarding the incident.