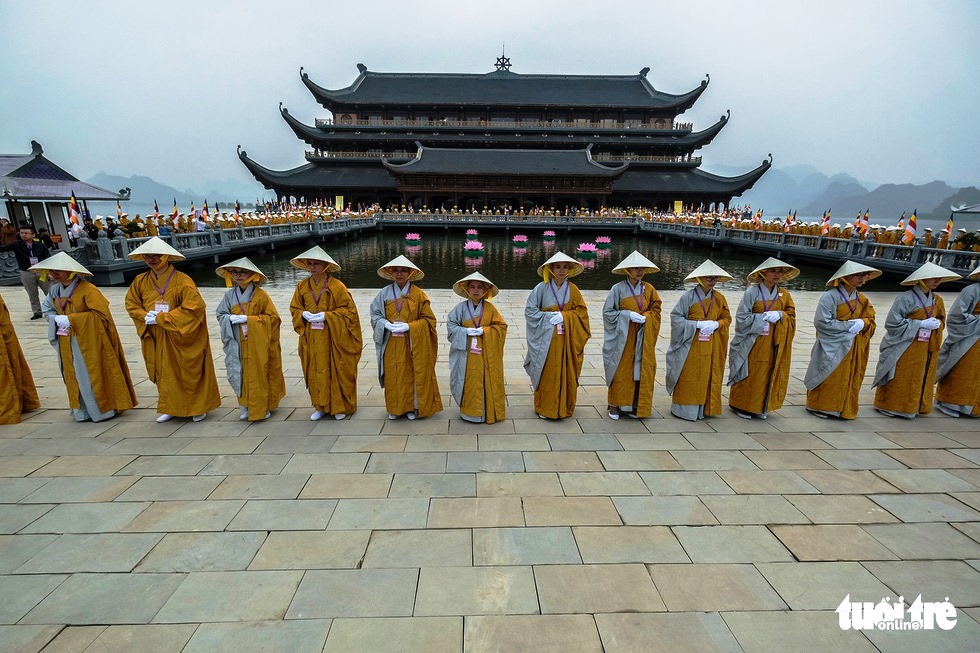 UN Day of Vesak 2019 kicks off in northern Vietnam

The UN Day of Vesak 2019 commenced in the northern Vietnamese province of Ha Nam on Sunday morning, attracting the attendance of over 21,000 local and international delegates.

Themed ‘Buddhist Approach to Global Leadership and Shared Responsibilities for Sustainable Societies,’ the event kicked off at 8:30 am at Tam Chuc Pagoda in Kim Bang District, Ha Nam Province.

Vesak is the most important holiday in the Buddhist calendar that celebrates three important events, namely the birth, full awakening, and passing away of the Buddha Siddhartha Gautama.

The United Nations recognized an international day of Vesak in December 1999, and the day has been internationally celebrated every year since 2004.

This year’s UN Day of Vesak is joined by over 20,000 Vietnamese delegates and 1,650 international delegates from 112 countries and territories.

During his speech at the opening ceremony, PM Phuc believed that the UN Day of Vesak means beyond a religious and cultural festival as it sends a long-lasting message on peace, harmony, tolerance and kindness to all people.

The agenda of the celebration reflects the goals of the UN’s Agenda 2030 for sustainability and prosperity, the premier continued.

“By hosting the event, Vietnam reiterates its respect for cultural and ethic values of all religions, as well as its policies on international cooperation and integration,” he added.

This is the third time Vietnam has hosted the UN Vesak Day, following celebrations in 2008 and 2014.