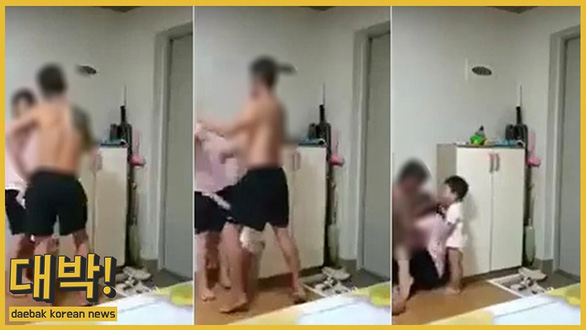 The Embassy of Vietnam in South Korea has requested investigation into the beating of a Vietnamese woman by her South Korean husband last week and that the case be strictly handled in line with local law to prevent similar incidents.

The information was released by Vietnamese foreign ministry spokesperson Le Thi Thu Hang in Hanoi on Tuesday, in response to reporters’ queries regarding Vietnam’s moves to protect its citizen.

A Vietnamese woman was filmed violently assaulted by her South Korean husband at their home in South Jeolla Province last Thursday as their son witnessed all the violence, according to reports on South Korean media.

The abuser has been arrested for investigation as South Korean officials vowed a thorough probe into the case and protection for the Vietnamese victim, who is now under treatment at a hospital.

The Vietnamese embassy has contacted the victim and sent representatives to visit her, the foreign ministry spokesperson told reporters.

The spokesperson said Vietnam’s foreign ministry had held a working session with the South Korean Embassy in Vietnam to express Vietnam’s concern over the case, adding that the South Korean side expressed regrets for the incident and pledged to pay special attention to it.

Hang said the number of marriages between Vietnamese and Koreans has increased over recent years.

While most of these couples enjoy a stable married life, conflicts do happen in some families for different reasons, the spokesperson said.

She went on to say that Vietnamese officials at all levels have discussed these matters with the South Korean side to protect the rights and interests as well as happiness of Vietnamese-Korean families.

It has also established a cooperation mechanism with the South Korean Migrant Women’s Emergency Support Center to exchange information and swiftly address emergency cases relating to Vietnamese brides in the country.

Close coordination with the South Korean Ministries of Justice, Foreign Affairs, and Gender Equality and Family is also maintained by the Vietnamese foreign ministry to deal with incidents involving Vietnamese citizens married to Koreans.

The ministry has regularly brought the issue up during annual consular consultation meetings between Vietnam and South Korea, and asked the South Korean side to tighten coordination and take measures and policies to ensure stable and happy mixed-race families, according to the spokesperson.