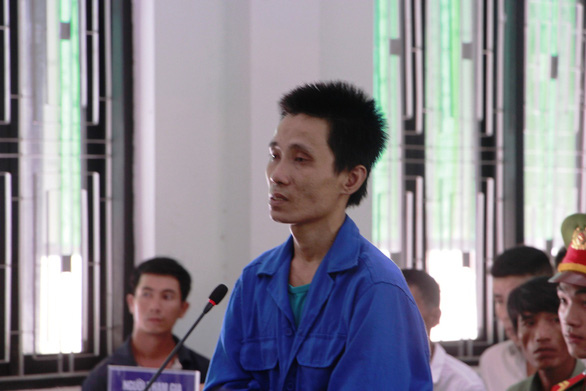 A 35-year-old man has been sentenced to life in prison for fatally stabbing a ten-year-old girl and stealing from her family’s home in Vietnam earlier this year.

The trial of Nguyen Van Viet, a resident in Phu Dien Commune, Phu Vang District, central Thua Thien-Hue Province was carried out at the provincial People’s Court on Thursday.

Viet was given a seven-year jail term for robbery and a life sentence for murder.

He was handed life imprisonment as the final verdict.

According to the indictment, the incident happened at a pawnshop owned by Nguyen Dai Son, the victim’s father, in Phu Vang District at around 4:15 pm on January 4.

The family’s home is connected to the pawnshop.

Viet arrived at the pawn shop that day and found out no one was present at the time, except for ten-year-old N.T.T.T.

After spotting a gold necklace on T.’s neck, Viet headed toward the kitchen of the house and grabbed a knife before stabbing the young girl several times in her stomach.

He then took the necklace and a mobile phone before leaving.

The father later returned to the house and discovered his badly injured daughter. He immediately called an ambulance and reported the incident to police officers.

The child was transferred to the Hue Central Hospital, situated in the namesake city in Thua Thien-Hue Province., but succumbed to her wounds a few days later.

Following an investigation, police were able to identify Viet as the prime suspect and arrested him at his home the same night as the incident.

Viet lives approximately two kilometers away from the victim’s house.