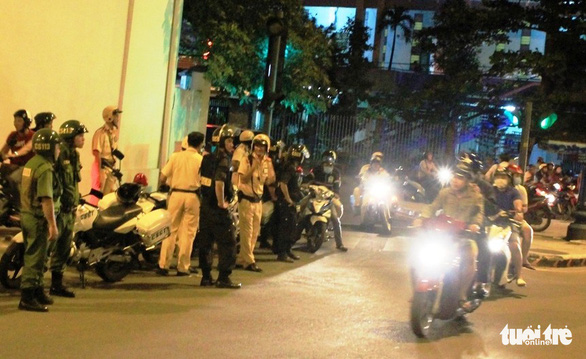 Read what is in the news today, July 15!

-- The Vietnamese Government Office has proposed opening a new customs clearance booth at the Tra Linh border gate in the northern province of Cao Bang, which borders China’s Guangxi Province, and study the construction of an expressway connecting Hanoi and the border gate to promote cross-border trades in the area.

-- A Tuoi Tre (Youth) newspaper exclusive report has found that three randomly picked hotels in Ho Chi Minh City, boasting star ratings of up to three stars according to Vietnamese standard, had insanitary room cleaning practices including using bath towels and pillow cases to clean toilets and not changing bed wraps after each stay.

-- The abbot of the infamous Ba Vang Pagoda in the northern Vietnamese province of Quang Ninh, which was in March exposed for collecting money from followers to perform “karma removal” rituals, has been removed from all positions within the Buddhist Sangha of Vietnam.

-- Thousands of hectares of rice-growing fields in central Vietnam have been hit by a severe drought as record salinization has also affected local water resources, causing heavy damages to farmers.

-- All 13 Vietnamese tourists stuck in a village in central Nepal have been safely brought to the capital city of Kathmandu, said the Embassy of Vietnam in India on Sunday. The tourists were last week trapped in Khang Sang Village in Nepal’s Sindhuli District, 150km from Kathmandu, due to heavy rains and landslides.

-- Prof. Hoang Tuy, a prominent Vietnamese mathematician credited for being the birth father of global optimization, a branch of applied mathematics that deals with functions, died on Sunday at the age of 91.