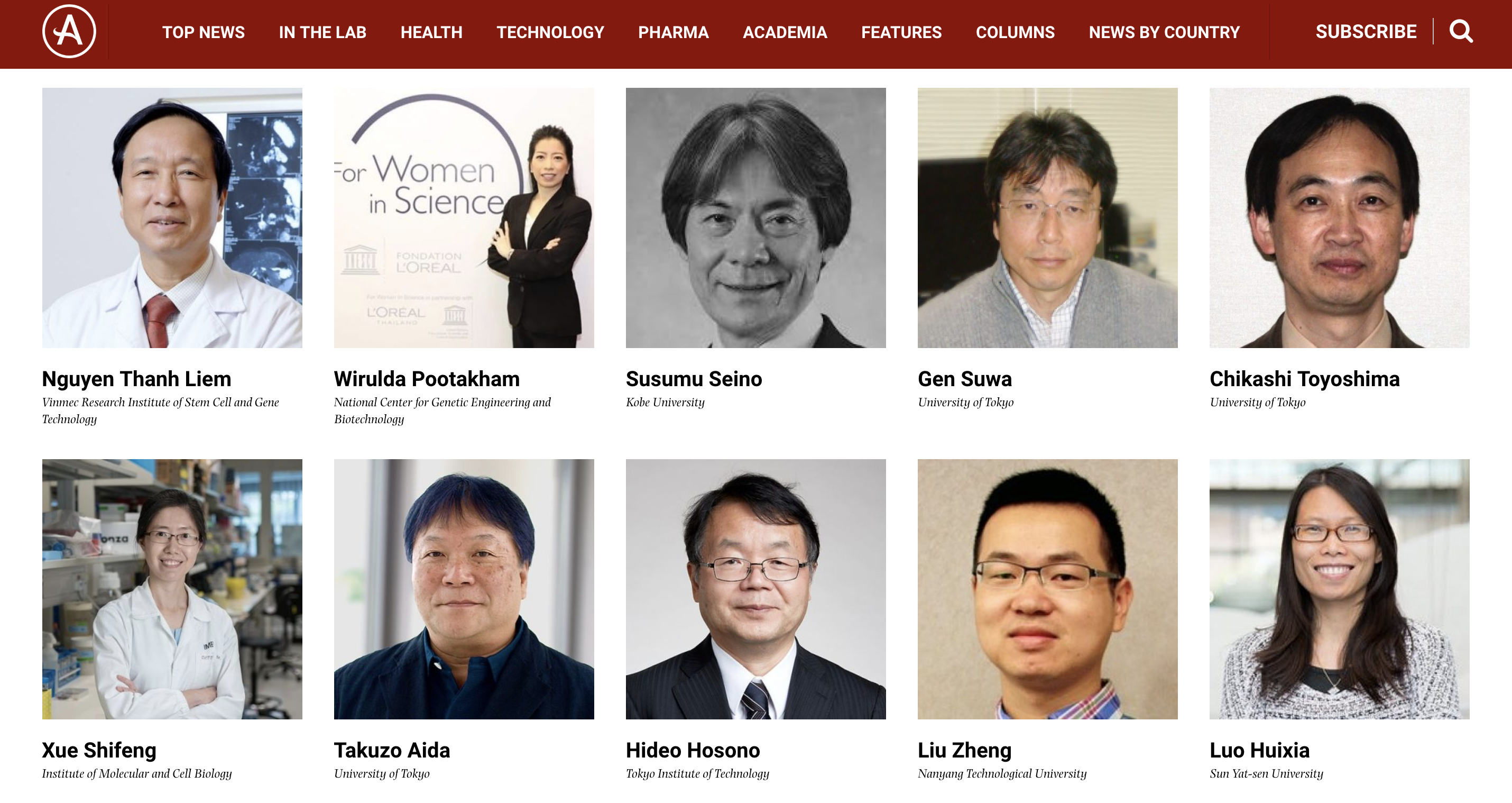 Two Vietnamese academics have been included in the latest "Asian Scientist 100," an annual list that honors top scholars in the region.

“A leading pediatric endoscopic surgeon, Nguyen was the first in Vietnam to perform laparoscopic surgery on a child in 1997 and the first to carry out kidney and liver transplantations in Vietnam’s children’s hospitals,” the introduction of Liem on Asian Scientist 100’s page writes.

As director of the Vinmec Research Institute of Stem Cell and Gene Technology, Liem pioneers stem cell therapies for diseases such as cerebral palsy and autism.

According to Asian Scientist 100, Liem was awarded the 2018 Nikkei  Asia Prize for Science and Technology.

In the meantime, Hiep is winner of the 2018 L’Oréal-UNESCO for Women in Science International Rising Talent award for developing a smart nanoparticle gel that can accelerate tissue regeneration.

Every year since 2016, Asian Scientist compiles a list of Asia’s most outstanding researchers.

Now into its fourth edition, the Asian Scientist 100 celebrates the success of the region’s best and brightest, highlighting their achievements across a range of scientific disciplines.

So far, seven Vietnamese researchers and academics have been listed in the top 100.

Last year Dr. Phan Thanh Son Nam,  a chemistry professor who is dean of the faculty of chemical engineering at the Ho Chi Minh University of Technology. and Dr. Nguyen Sum, a mathematician and a professor at Quy Nhon University, were listed.

To be acknowledged on this list, a scientist must receive a national or international prize in 2018 for his or her research.

Alternatively, he or she must have made a significant scientific discovery or provided leadership in academia or industry.