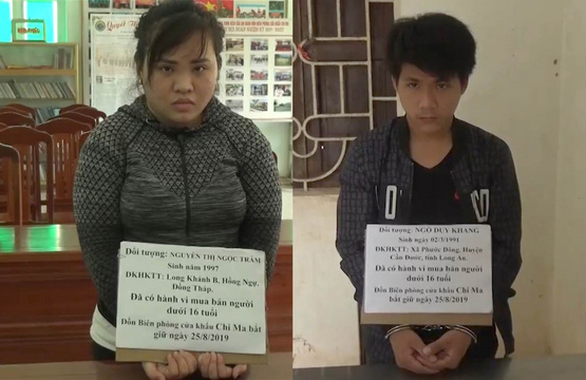 Border guard officers in the northern Vietnamese province of Lang Son have arrested two suspects for attempting to sell a newborn baby to a Chinese buyer, the Vietnam News Agency reported.

Tram and Khang were caught carrying a baby as they illegally crossed the Vietnam-China border at around 5:30 am the same day.

According to preliminary information and the suspects’ statements, Tram and Khang are a married couple, but the newborn is not their biological child.

The couple received the baby from a woman named Chau at a general hospital in the southern province of Dong Nai.

They then paid Chau VND10 million (US$430) to make a fake birth certificate.

Information in the birth certificate showed that the child is a boy born on July 30, 2019, whose parents are Tram and Khang.

The suspects were planning on selling the baby to an unidentified Chinese man for VND50 million ($2,150).

The border guard unit is expected to transfer the case to competent authorities for further investigation.

The newborn has been handed to the province’s social welfare facility.