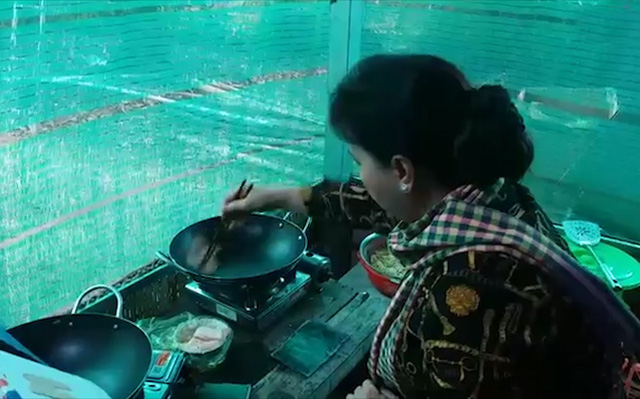 -- Vietnamese Deputy Defense Minister Sen. Lieut. Gen. Nguyen Chi Vinh has called on countries to join efforts to fight dangers from cyber space, as he addressed an opening session of the working group on cyber security within the framework of the ongoing eighth Seoul defense dialogue from September 3 to 9 in Seoul.

-- Vietnam’s top legislator Nguyen Thi Kim Ngan surprised local residents and officials during her working trip to the Mekong Delta province of Dong Thap on Thursday, when she sat down at a local restaurant and made banh xeo, a Vietnamese delicacy, before treating locals to her freshly made crispy rice pancakes.

-- Vietnam’s Northern Airports Authority has fined a 37-year-old woman residing in Ho Chi Minh City VND4 million (US$173) for using others’ ID card to fly from Hanoi to the southern metropolis on August 30.

-- Ho Chi Minh City police said on Thursday they have put ten people into temporary detention for their alleged involvement in a street brawl that broke out on Bui Vien Street, known as the city’s ‘backpacker area’ in District 1, on early Saturday morning.

-- The second component of Phase 1 of the Hanoi-based Duong River surface water plant, capable of supplying 300,000 cubic meters of clean water for three million people in the Vietnamese capital, was put into operation on Friday.

-- Honda Vietnam is expected to present more than 176,000 helmets to first graders in Hanoi during the 2019-20 academic year, the company’s representative said as it handed over the first batch of 338 head protectors to students at the Tran Quoc Toan Elementary School on Thursday.

-- Vietjet on Thursday inked a Memorandum of Understanding with Russia’s Vladivostok International Airport on cooperation and support for the budget Vietnamese airline to open direct flights between the two countries.

-- Shan tuyet tea trees, a signature plant to the northern mountainous province of Ha Giang, have been recognized as part of the Ancient Tree Heritage of Vietnam, the Vietnam News Agency reported on Thursday.

-- A series of seminars on promoting tourism between Vietnam and major markets, including Russia and South Korea, were held within the framework of the International Travel Expo Ho Chi Minh City 2019 on Thursday.

-- Indonesian artists will present a concert in Hanoi at 8:00 pm tonight, September 6, as part of an exchange program in contemporary music between Indonesia’s New Yogyakarta Contemporary Ensemble and the Hanoi New Music Ensemble.