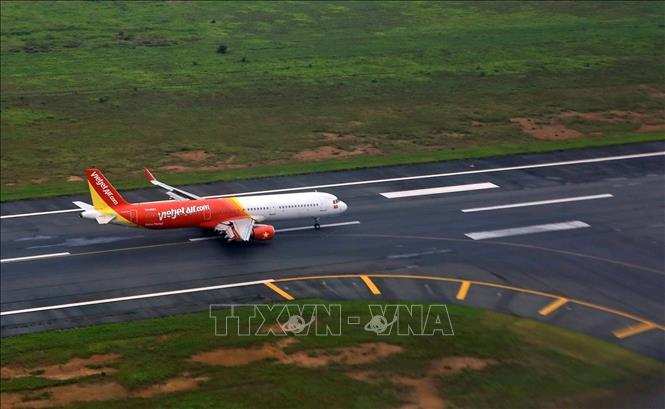 Vietjet Air has announced schedule adjustments to flights to and from Japan’s Tokyo and Osaka from October 11-13 due to impacts of super typhoon Hagibis.

Passengers on Vietjet flights VJ822, VJ823, VJ932, VJ933 between Hanoi/Ho Chi Minh City and Tokyo’s Narita International Airport, who were bound to depart between Friday evening and Saturday morning, have been rescheduled for later flights when the weather is better.

The low-cost airline said it has also postponed departures of Saturday’s flights VJ828, VJ829, VJ938 and VJ939 between Ho Chi Minh City/Hanoi and Osaka by 16 hours each.

Flights VJ822, VJ823, VJ932, and VJ933 between Ho Chi Minh City/Hanoi and Tokyo, which were planned to depart between Saturday evening and Sunday morning, will leave five hours later than their initial departure time, Vietjet said in an announcement.

Passengers are told to visit the airline’s website for further flight rescheduling information and storm updates.

Hagibis is forecast to be the strongest storm to hit Tokyo since 1958.

It has been described as an “unusually large storm”, and expected to bring "brutal winds and violent seas" to large swathes of the country, Japan’s Meteorological Agency said.

Over 1,000 flights in Japan have been canceled or rescheduled due to effects caused by the storm, according to Reuters and Bloomberg.