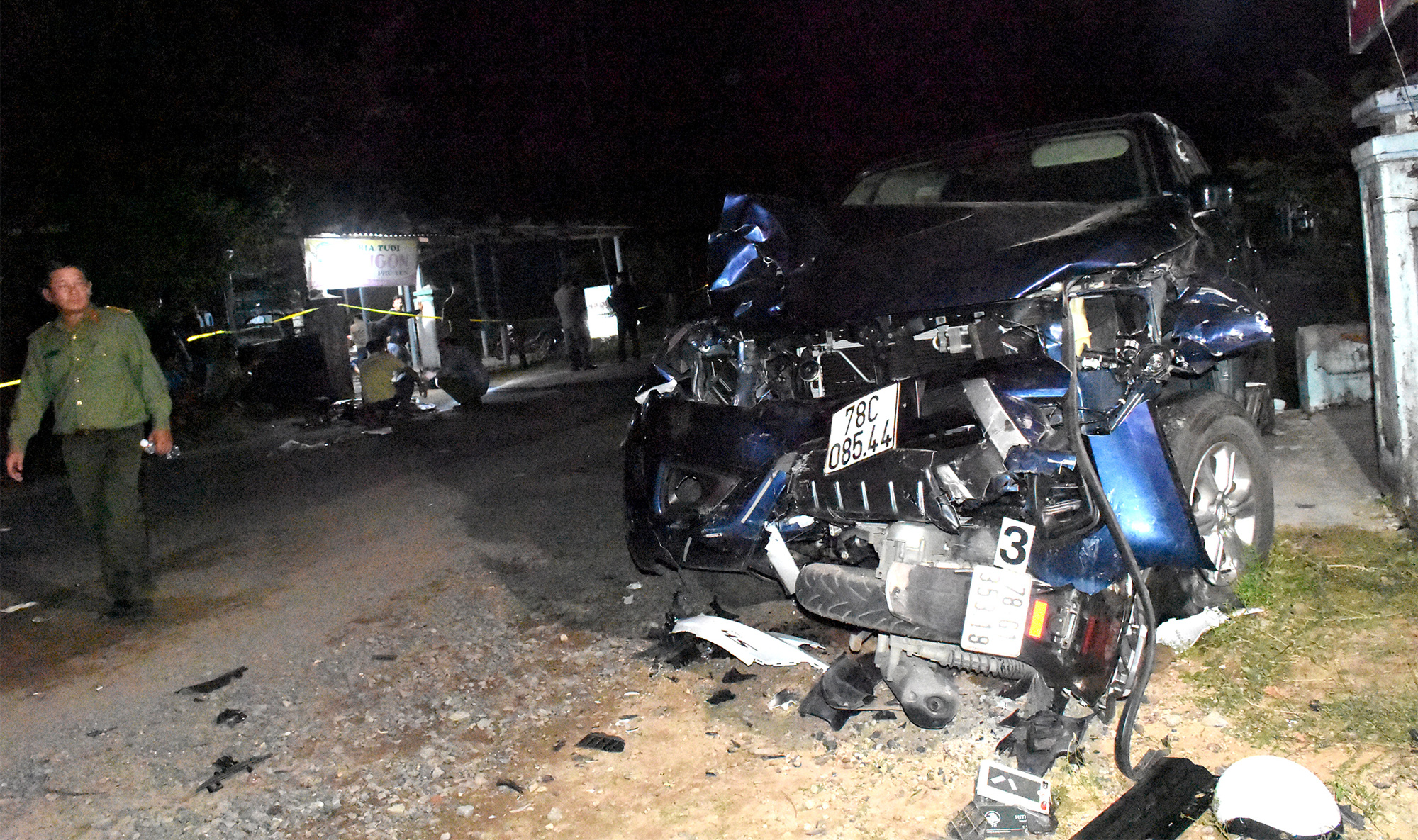 Four people were killed and three others in a critical condition after being hit by a pickup truck, whose driver was allegedly drunk, in the south-central Vietnamese province of Phu Yen on Saturday.

Preliminary information showed that Do had been driving under the influence of alcohol, the chairman continued.

The crash happened at around 7:00 pm along the section of National Highway 29 in Dong Hoa District.

The driver slammed his pickup truck into two motorbikes and an electric bicycle, killing four people and seriously injuring three others.

The injured were in a critical condition and admitted to the general hosptial in neighboring Binh Dinh Province for emergency treatment.

Dong’s parents and older brother were the three injured victims.

Following the crash, the pickup truck had its front distorted, while one of the motorbikes was stuck under the four-wheel vehicle.

The other motorbike was broken in half, and the electric bicycle was heavily damaged.

Deputy Prime Minister and Head of the National Traffic Safety Committee Truong Hoa Binh has ordered local authorities to promptly probe the accident and provide assistance to the victims.

Almost 16,000 crashes happened in Vietnam in January-November, killing nearly 7,000 people and injuring more than 12,000 others, according to official figures.