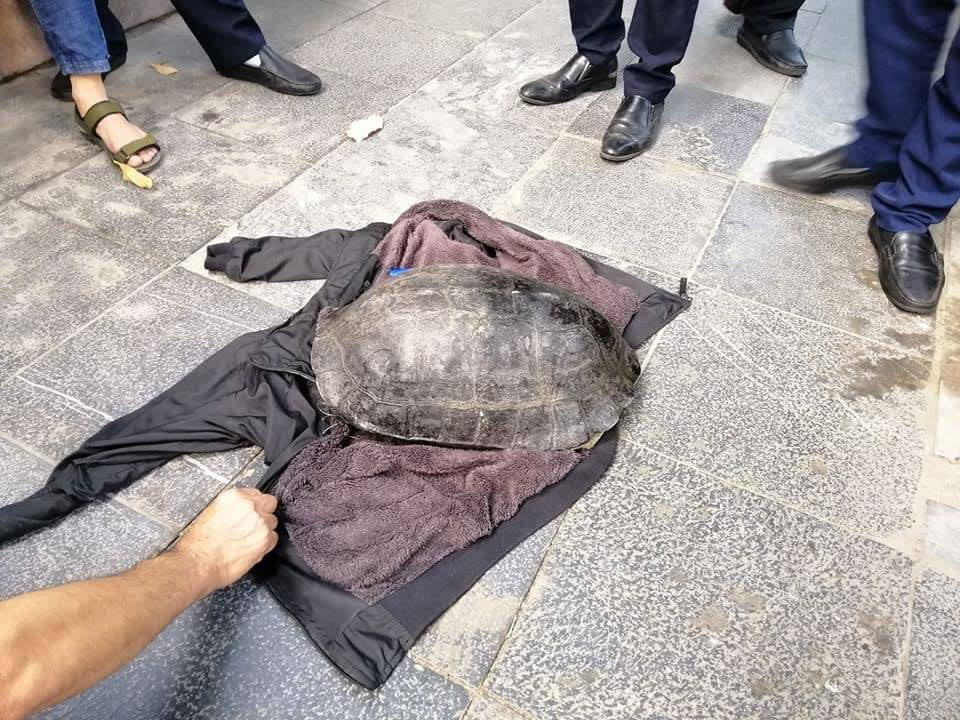 A man has been caught illegally capturing a turtle weighing more than 10 kilograms from the iconic Hoan Kiem (Sword) Lake in Hanoi.

Major Vu The Cuong, head of the police unit in Hang Trong Ward, Hoan Kiem District confirmed on Monday evening that officers had taken into custody Thai Huu H., 41, who hails from the north-central province of Nghe An.

Eyewitnesses spotted H. trying to cover up a turtle with his sweater near the Hoan Kiem Lake on the afternoon of the same day.

The incident was then reported to relevant agencies, before both the man and the turtle were brought to the police station in Hang Trong Ward.

Officers also found a hook believed to have been used in the capture of the reptile.

H. claimed to see the turtle in the lake and decided to catch it.

The local forest protection unit has been tasked with examining the turtle and finding out whether or not it belongs to a rare species.

Reports showed that it was a hard-shell turtle, according to Major Cuong.

Many people thought the captured turtle was a descendant of the legendary turtle of the Hoan Kiem Lake, which was found dead in January 2016.

However, the legendary creature, locally referred to as ‘Cu Rua’ – meaning ‘grandfather turtle’ – was a soft-shell turtle.

H. is expected to be charged for theft, the police official added.