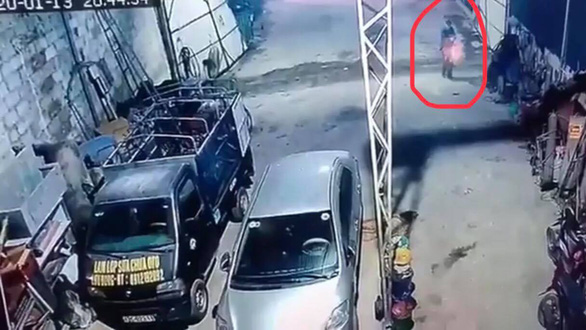 Man guns down 7 at house, auto shop in northern Vietnam

Police in the northern Vietnamese province of Lang Son are hunting for a man who killed two people and injured five others after he opened fire on people inside a local house and a nearby auto shop on Monday.

The gunman has been identified as Ly Van San, 50, according to the provincial Department of Police.

According to preliminary information, San carried an AK-47 assault rifle to the house of Pham Van Tuy, 45, in Phu Xa Commune, Cao Loc District at around 9:00 pm on Monday.

Tuy and nine other family members were having dinner in the kitchen at the time.

San opened fire through the kitchen window, hitting 12-year-old Pham Thanh Phong, Tuy’s son, in the head and killing the boy on the spot.

The other members ran away and took cover in a bathroom and behind shelves at the front of their house, where the family runs a small store.

The shooter continued firing his gun at the front of the house, before heading to an auto shop owned by 43-year-old Hoang Quoc Huong, located 15 meters away.

San fired about 15 shots at the facility.

Huong tried to run away but was killed after getting shot in his back.

The gunman eventually left the scene with his weapon.

Aside from the two deceased victims, five other people were hospitalized for emergency treatment for injuries following the mass shooting.

Police officers have initiated a manhunt for San, who remained at large as of Tuesday morning.