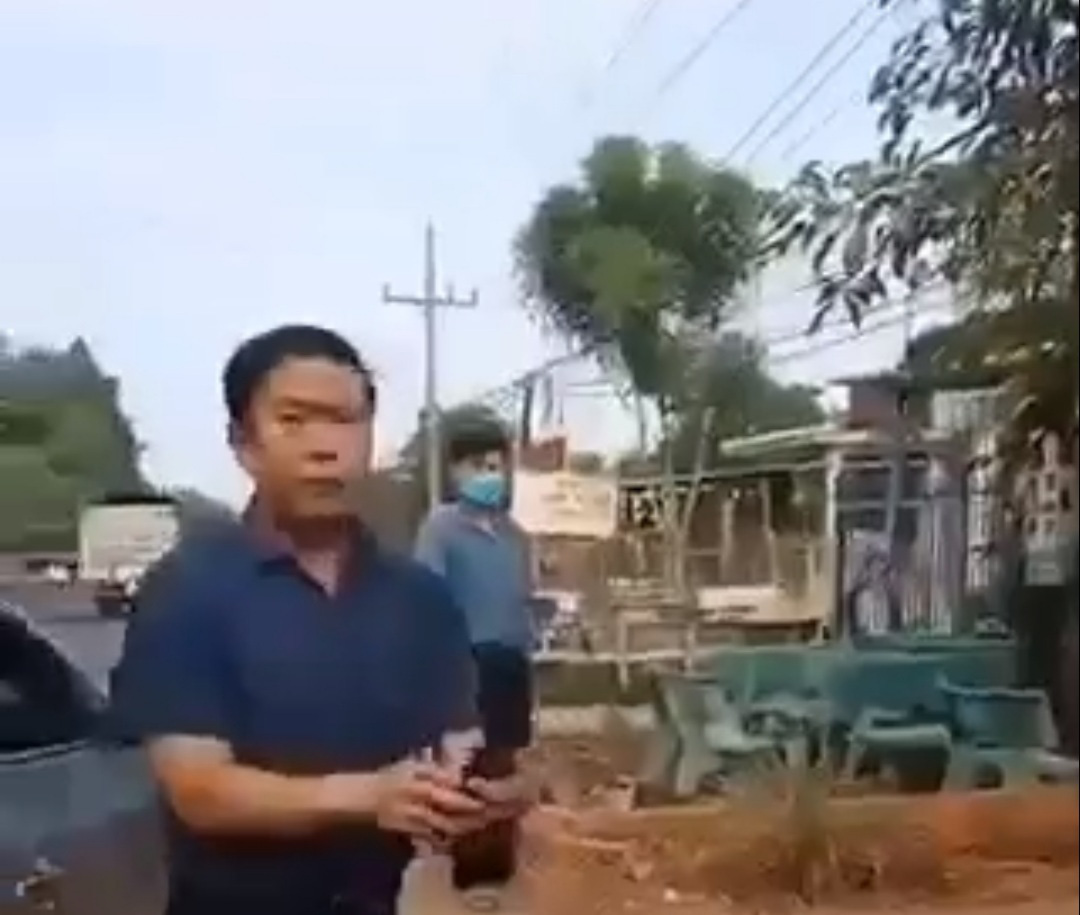 The deputy chairman of a district-level People’s Council in the southern Vietnamese province of Binh Phuoc has been required to temporarily stop work after he was filmed furiously resisting a team of officers in charge of novel coronavirus disease (COVID-19) prevention and control.

Thanh was previously caught on camera refusing to cooperate with a team of officers stationed at a local COVID-19 control post on April 3.

He was driving his car in Binh Long Town, Binh Phuoc Province when he was pulled over by the officers at the checkpoint.

Thanh aggressively argued with the officers, at one time pounding his hand on a table and pointing at them, despite the intervention of a woman who was traveling with him, according to footage of the confrontation.

In his account of the incident, Thanh stated he had explained to the officers that he was a local resident and that his house was located near the checkpoint, rendering the inspection unnecessary.

However, the officers did not let him leave, which infuriated Thanh.

Thanh said he lost his temper and was not in control of his actions.

“I have watched the video and admit I was in the wrong. I regret my actions and would like to extend an apology to the officers at the checkpoint,” he wrote in his report.

Nguyen Van Loi, secretary of the Binh Phuoc Party Committee, asserted that Thanh’s behavior was unacceptable and he must be disciplined for it.

“The entire country is strictly following the government’s directive on fighting the COVID-19 epidemic. There must be no exception,” Loi stated.

The novel coronavirus, which first emerged in the central Chinese city of Wuhan in December 2019, has infected over 1.85 million people and killed more than 114,200 globally as of Monday morning, according to Ministry of Health statistics.

Vietnam has confirmed 262 COVID-19 cases in total, with 144 having recovered. The country has yet to record a death from the disease.

Prime Minister Nguyen Xuan Phuc issued a directive on March 31 ordering nationwide implementation of social distancing from April 1 to 15 to curb the epidemic.

It remains unclear whether the social distancing period will be extended after April 15.