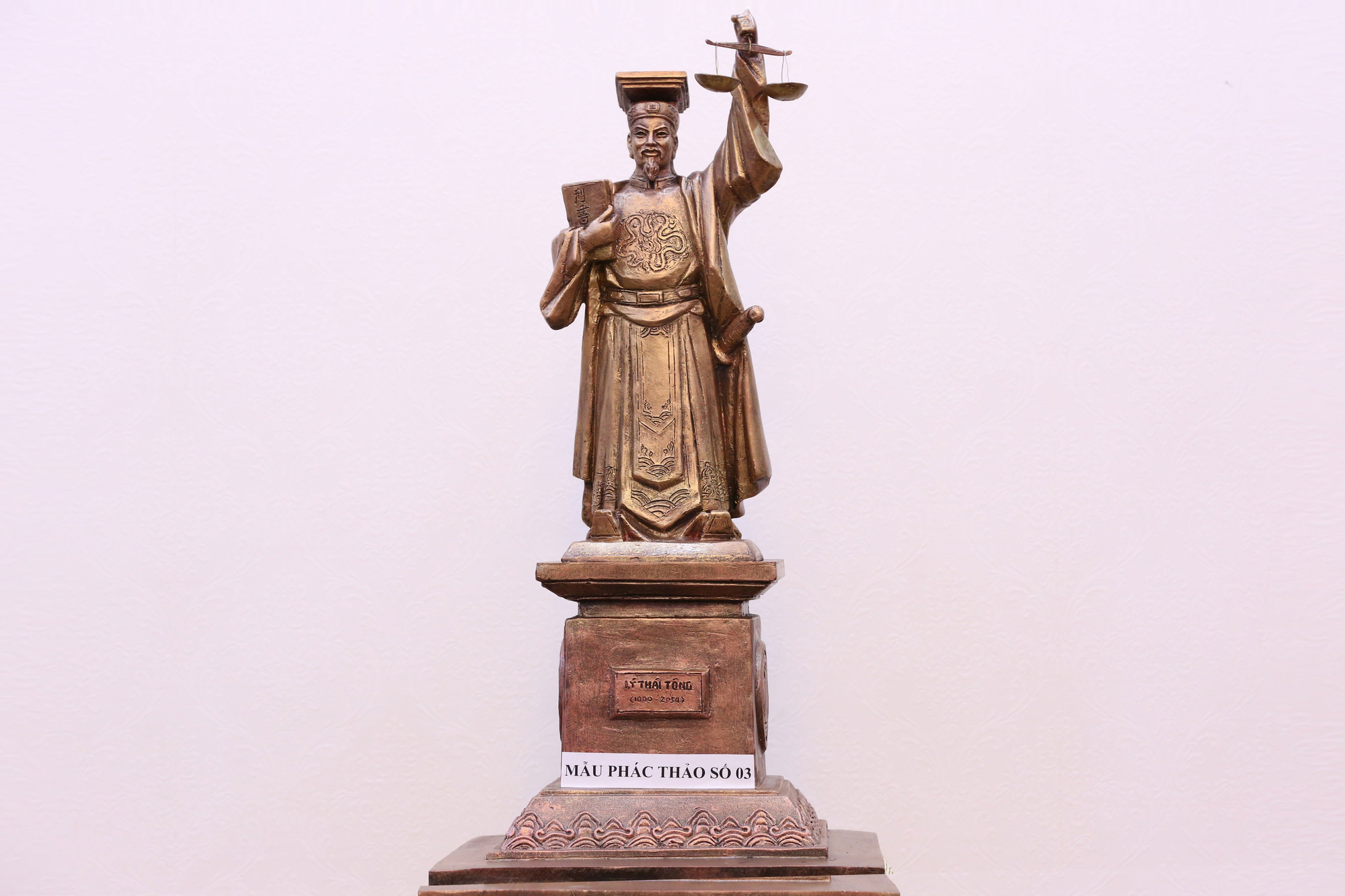 A plan proposed by the People’s Supreme Court of Vietnam to install statues of 11th-century Vietnamese Emperor Ly Thai Tong at judicial buildings in the country as the official 'symbol of justice' has met with vigorous opposition from the public and experts.

The justices of the Supreme Court of Vietnam decided on April 20 to honor Emperor Ly Thai Tong as the “symbol of justice and judicial activities."

The Supreme Court is conducting a poll to pool opinions from members of the judiciary on three statue designs featuring the late emperor.

The chosen design will be made into real statues to be placed at courts across Vietnam.

Emperor Ly Thai Tong was the ruler of Vietnam from 1028 to 1054 and is credited with enforcing ‘Hinh Thu’ — considered the country’s first written penal code.

He was also known as being considerate and compassionate in his verdicts on many high-profile cases brought before him during his reign.

According to the Supreme Court, placing statues of Emperor Ly Thai Tong as the embodiment of justice at judicial premises holds meaning in both esthetic and symbolic senses.

They are expected to serve as indicators of the “prominence and solemnity” of the court, it said.

All three nominated designs depict Ly Thai Tong in the same attire, only differing in prop and posture.

The first shows the emperor keeping a copy of ‘Hinh Thu’ close to his heart with his right arm raised as if guiding his subordinates.

The second has Emperor Ly Thai Tong holding a sword in his right hand, representing the strictness of the law.

The third features the emperor holding a copy of ‘Hinh Thu’ in his right hand while raising a scale of justice with his left hand.

The statues will be cast from bronze, measuring 5.3 meters in height, according to the Supreme Court’s proposal.

The initiative has incited an inrush of responses from the public, most of which lean toward disapproval.

Some experts even deem the decision by the judicial body “arbitrary” and rather redundant.

Lawyer Nguyen Van Quynh from Hanoi Bar Association said that the Supreme Court justices do not have the authority to pick the symbol of justice.

“I think choosing imagery for outward expression does not contribute to boosting the progress on awareness. The moral ground and wisdom of the judges are much more essential,” Quynh said.

“Placing statues on the premises of judicial buildings will engender association with theocracy and religious practice, which is highly inapt for the judicial system."

Others pointed out that the construction of the statue and accompanying ceremonies would place a burden on the public budget in these challenging times of the novel coronavirus disease (COVID-19) pandemic.

On top of that, the limited space of many district-level courts would prove unfit to erect such a large structure.

A judicial expert suggested that the sketches presented by the Supreme Court are misinformed replicas in terms of the East-West dichotomy.

The scale of justice represents a Western conception of morality and justice, which is highly ill-suited for pairing with an Eastern emperor figure.

“The polling [to pick the design] only takes place in five days, which makes one ponder over whether it has already been decided,” Quynh said.

“Nevertheless, I wish that the Supreme Court would listen to the public to make informed choices.”