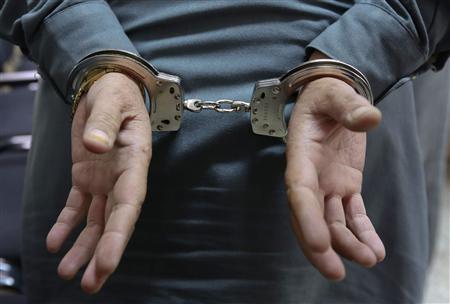 Jail term upheld for Vietnamese mom who pimped 13-yo daughter

A court in Hanoi has upheld jail terms handed to a woman, who pimped her own 13-year-old daughter, and a man who paid over US$1,000 for the girl’s 'virginity.'

On Tuesday, the People’s High Court in Hanoi held a closed-door appeal hearing of the case against Nguyen Duc Nhan, a 36-year-old doctor from Hanoi, and Nguyen Thi Bach Tuyet from District 6, Ho Chi Minh City.

Tuyet was previously convicted of 'procuring' while Nhan was found guilty of 'molestation of a person under 16' and 'engaging in prostitution with a person under 18' by a court in the capital.

According to the case files, Tuyet does not have a stable job. Out of desperation for money, Tuyet devised a scheme to pimp her own daughter.

Tuyet used a Facebook account under the name of ‘Dang Thanh Thao’ to approach potential customers via groups dedicated to the illegal activity of so-called 'virginity trading.'

It was via the platforms that Tuyet connected with Nhan, who was looking for a long-time partner.

Tuyet repeatedly offered Nhan her daughter’s 'virginity' until he finally accepted the bid at VND25 million (US$1,064).

On November 6, 2018, Nhan picked N. up for sexual conduct and videotaped the encounter.

Later, he went on to blackmail Tuyet and N. using the sex tape to demand regular fornication with N. for VND5 million ($213) a month.

Fearing the situation was getting out of her hand, Tuyet turned herself in to police officers in June 2019, reported Nhan’s misconduct, and confessed to her wrongdoing.

Appearing at the appellate court on Tuesday, both defendants asked to withdraw their appeals against the first ruling.