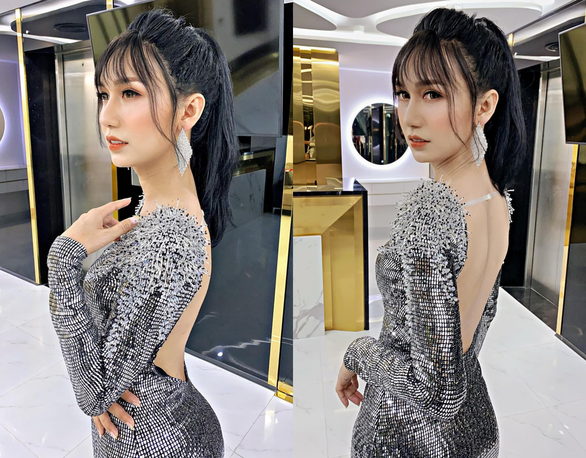 Several Vietnamese influencers and celebrities have spoken out against the recent cyberbullying targeting a compatriot singer, a transgender woman who received hurls of insults after her first stage appearance since undergoing gender reassignment surgery.

Lynk Lee, a 32-year-old Vietnamese singer-songwriter who has been famous for her songs written about student life, had her first-ever comeback to the stage in her new appearance last weekend after having undergone gender reassignment surgery.

She was born in a male body and has been open about her transformation into a woman since 2019.

She also completed the legal procedures to change her given name from To Manh Linh to a more feminine Vietnamese name — To Ngoc Bao Linh.

After Lee’s images in a backless dress at last weekend’s performance were uploaded on Facebook, she was the focus of the Internet’s commentary on Monday, but sadly, in a negative way.

Many Internet users attacked her with indecent, obscene, and malicious comments about her body.

Seeing this negative reaction, a number of Vietnamese influencers and celebrities took to social networks to defend Lee.

Mie Rennie, a psychologist and a trans woman, noted in a Facebook post on Monday that “80 percent” of more than 10,000 comments on Lee’s update from the weekend were either about her appearance, gender, body, and female fertility or rude comments from men.

Rennie accused those hate commenters of sexually assaulting Lee and abusing the singer’s human rights, and that their actions were gender violence against women in general and women in vulnerable groups.

Veteran Vietnamese actress Hong Anh wrote in a comment under Rennie’s post that she was “terrified” of the rude comments about Lynk Lee.

Several other celebrities also showed their support for Lynk Lee with love and compliments for her new look.

“Linh is beautiful. Be happy! Everyone loves you!” female singer Ai Phuong said in a comment.

In another Facebook post on Monday, Lynk Lee said that the experience has made her stronger and that she no longer suffers the malicious comments the way she did in the beginning.

“I risked my life undergoing the [sex reassignment] surgery so negative words like these no longer affect me. Don’t worry. I’m only happy and smiling from now on,” the singer wrote.

She also expressed her gratitude for the love and support from her colleagues and other Vietnamese celebrities.