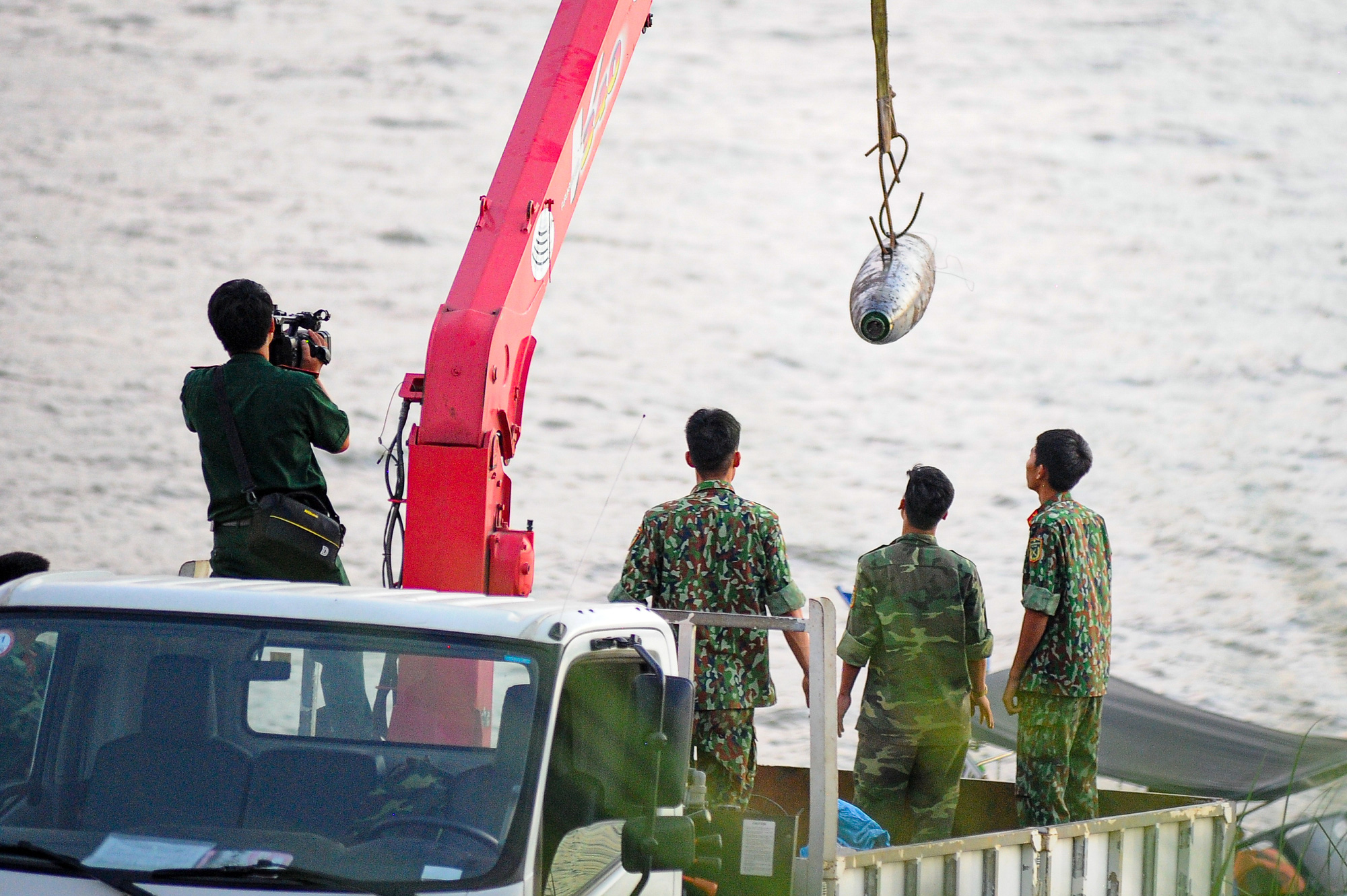 Vietnamese military units on Monday salvaged a 1.6-meter-long bomb from a section of the Red River in Hanoi.

Military officers in Long Bien District began salvaging the unexploded bomb at around 5:40 pm and completed the process at 6:45 pm the same day.

The bomb, measuring 1.6 meters long and 35 centimeters in diameter, is believed to have remained there since the American war in Vietnam.

It was first discovered by local residents at a location about 800 meters away from Long Bien Bridge in Bo De Ward, Long Bien District on June 17.

The Vietnam Inland Waterway Administration North Branch was notified and promptly examined the area, before contacting the military command in Long Bien for assistance.

The bomb was located two meters below the water surface.

All ships were banned from traveling in the area since June 17 to ensure safety.

Local authorities have moved the bomb to a safe area to neutralize it.

In November 2017, a similar bomb measuring over two meters long was found just five meters away from one of the piers of Long Bien Bridge.