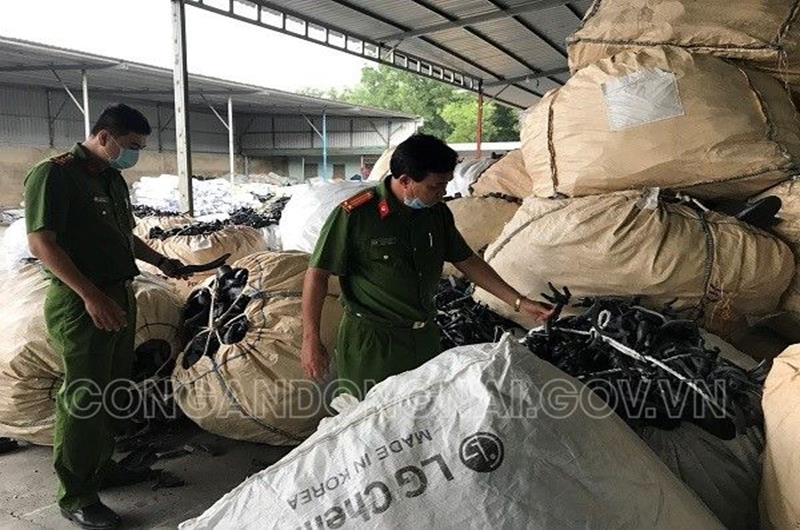 A factory warehouse was found hoarding around 200 metric tons of industrial solid waste without proof of origin in the southern Vietnamese province of Dong Nai this week.

Economic police officers in Bien Hoa City, the capital of Dong Nai, caught a truck unloading goods into the warehouse of Trung Nam Production Co. Ltd., located in Trang Dai Ward, at around 10:00 am on Tuesday.

The truck driver, 35-year-old Ngo Van Cuong, could not provide any document showing the origin of the waste.

Police continued to inspect the 13,000-square-meter warehouse and detected approximately 200 metric tons of industrial solid waste including waste paper, plastics, nylon, scrap metal, rubber soles, and around ten metric tons of scrap plastics stored outdoors against regulations on the storage of such materials.

The company’s managing owner, 36-year-old Ngo Manh Cuong, could not provide any authentic documents to prove the waste’s origin.

Cuong also failed to produce his business registration license and other papers related to environmental procedures.

Bien Hoa City’s police department has booked the case and seized the truck as well as all the industrial waste for further investigation as per regulations.