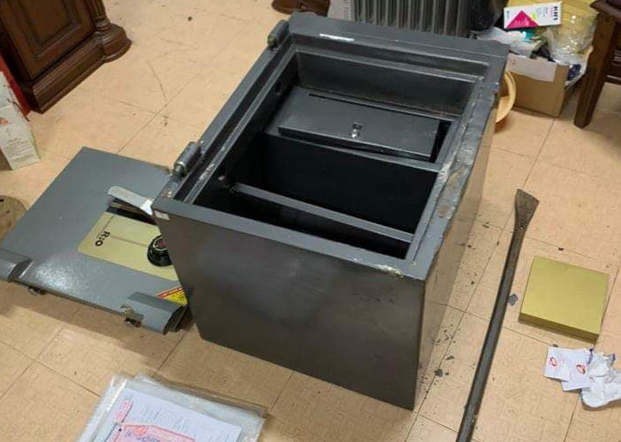 Police in Lam Dong Province, located in Vietnam’s Central Highlands, have apprehended a man for breaking into a house and stealing over VND1 billion (US$43,100) worth of gold and jewelry from a safe.

Officers in Da Lat City, the provincial capital, confirmed on Sunday they had captured Nguyen Quoc Hung, 29, and handed the suspect to the provincial Department of Police for further investigation.

According to preliminary information, Nguyen Van Nh. and his wife left their house on Hung Vuong Street in Ward 9, Dat Lat City on Thursday evening.

Nh. had locked all doors of the house, but left the front gate open.

The couple returned later that night and discovered that their safe had been forced open, while all doors of the house remained locked.

Such tools as crowbars, scissors, knives, and cutting boards were found in their room.

They reported losing gold and jewelry worth more than VND1 billion, while documents of their land ownership and savings accounts were not stolen.

Police examined the scene and concluded that the thief had broken into the house via the louver and got out from the window.

They quickly were able to identify Hung as the prime suspect.

Hung was arrested on Friday afternoon when he was selling the jewelry.

The suspect claimed he was scouting the neighborhood on his motorbike on the night of the incident.

He noticed that the gate of Nh.’s house was open, and decided to break in for a brief examination.

He left the place and quickly returned on a different motorcycle, burgling the residence and breaking open the safe inside using various tools found in the house.

He succeeded following a 15-minute attempt.

Hung was previously convicted of theft three times and was released from prison in 2018, according to officers.