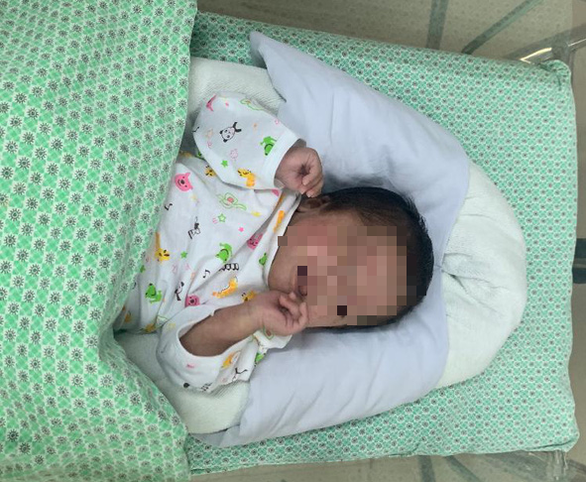 An infant who survived an abortion at 31 weeks pregnant has made a full recovery after being hospitalized for more than two months in Hanoi, doctors said on Sunday.

The baby was taken to Xanh Pon Hospital in Ba Dinh District by a group of volunteers at around 8:00 pm on July 4, only 30 minutes after being aborted, said Dr. Thai Bang Giang, head of the neonatology department at Xanh Pon.

The volunteers named the newborn Nguyen Binh An.

An was aborted at 31 weeks pregnant, only eight weeks before a full-term birth, and weighed only 1.6 kilograms, according to Dr. Giang.

An was admitted to the hospital suffering from cyanosis due to cardiac arrest, apnea, and circulation discontinuation.

An’s heartbeat returned after doctors performed emergency treatment and put the baby on a ventilator.

The baby was given high frequency ventilation (HFV) for the next five days and showed signs of improvement.

After over two months and one week of treatment, the baby now weighs 2.6 kilograms, with a healthy complexion and the ability to breathe unassisted, Dr. Giang said.

An was also lucky not to suffer from permanent eyesight damage, which often affects premature newborns weighing less than two kilograms, the doctor added.

Xanh Pon Hospital is completing the procedures to transfer the baby to a social protection center.