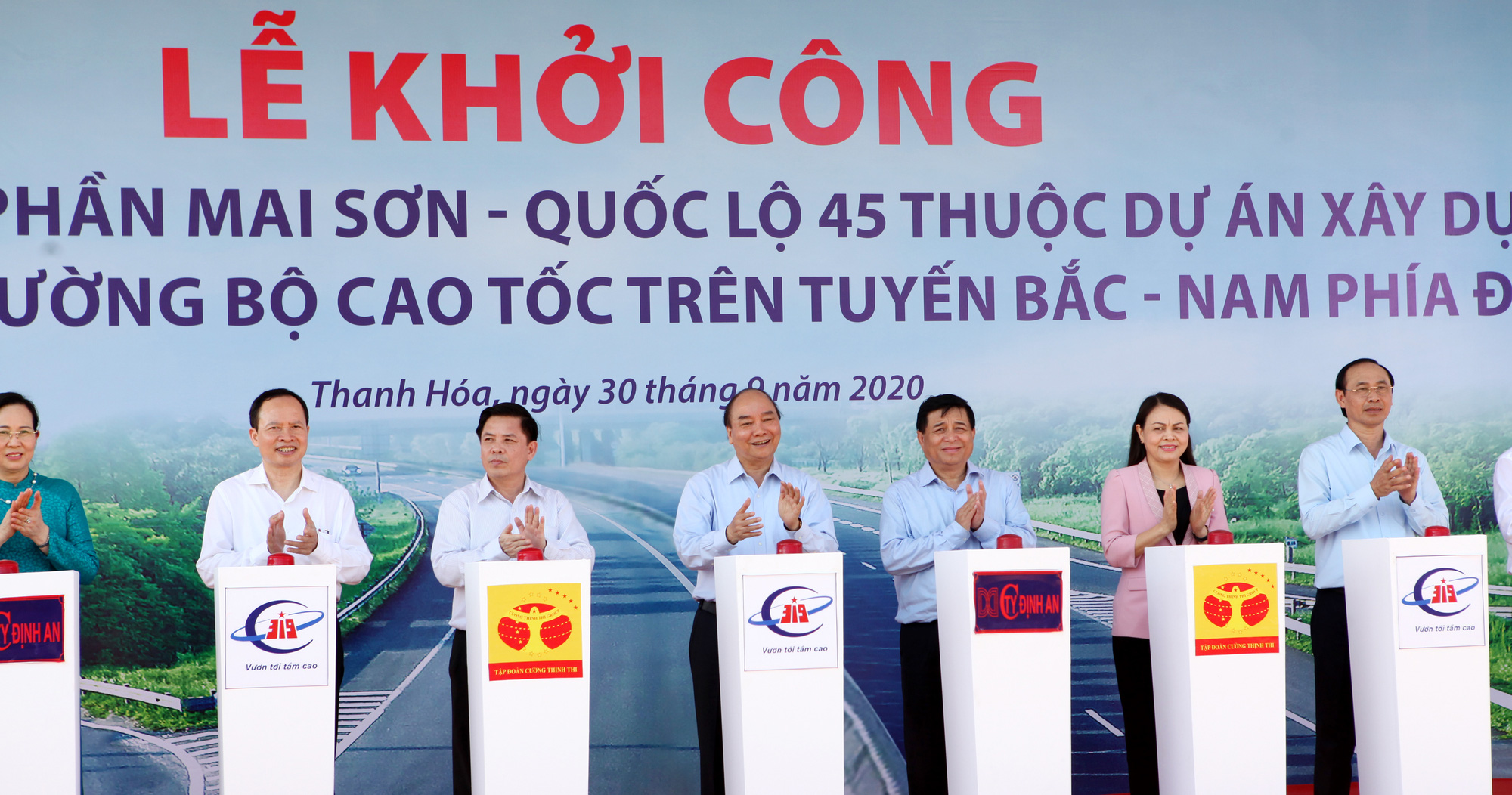 A ceremony was organized in Ha Long Commune, Ha Trung District, located in the north-central province of Thanh Hoa, on Wednesday morning to mark the initiation of the construction.

During the first phase, which costs VND12.1 trillion (US$522.6 million), the expressway section will have four lanes with the maximum speed of 80km per hour.

The number of lanes will increase to six and the maximum velocity will reach 120km per hour in the second phase.

During the first phase, which costs VND10.8 trillion (US$465.8 million), the expressway section will have four lanes where vehicles will be allowed to travel at 80km per hour at most.

The final will have the number of lanes increased to six and maximum speed raised to 120km per hour.

Costing VND12.5 trillion ($539.2 million), the expressway section is designed to have six lanes and the maximum speed of 120km an hour.

Speaking at the ceremony, PM Phuc stressed the importance of the three subprojects, adding that the National Assembly had agreed to switch the investment model to public in a timely manner to expedite the disbursement of investment capital, increase social welfare, and create jobs.

The premier praised the Ministry of Transport and relevant authorities for their efforts in finishing 93 percent of site clearance for the expressway project.