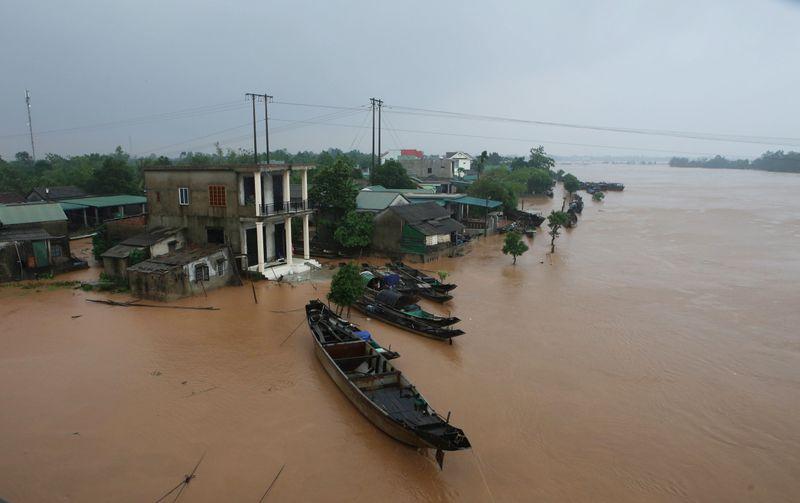 HANOI — Vietnam’s flood death toll rose to at least 23 on Monday and authorities said the incoming storm Nangka would dump more heavy rain on the country in the coming days.

The floods have also left at least 14 people missing in Vietnam’s central provinces, the government said in a statement.

Most of the victims were washed away by the flood waters, the national disaster management authority said, adding that local authorities had evacuated nearly 46,000 people from the affected areas.

The floods have inundated more than 109,000 houses and 584 hectares of crops and damaged several roads and bridges, the agency added.

Separately, a landslide on Monday reportedly buried up to 13 construction workers at a hydropower dam in the central province of Thua Thien-Hue.

“We received a report saying that between 10 and 13 workers have been buried in a landslide and we don’t know if they are still alive,” a disaster management official in Thua Thien Hue province told Reuters by telephone.

Soldiers have been deployed to the area to rescue the workers, said the official, who asked not to be named as he was not authorised to speak to the media.

“We are concerned that the incoming storm will worsen the flood situation,” the official said.

Storm Nangka, which is forecast to make landfall in northern Vietnam on Wednesday, will trigger heavy rain of up to 400 millimetres in parts of northern and central Vietnam from Wednesday through Friday, the national weather agency said on Monday.

Vietnam is prone to destructive storms and flooding due to its long coastline.

Natural disasters - predominantly floods and landslides triggered by storms - killed 132 people and injured 207 others in the country last year.