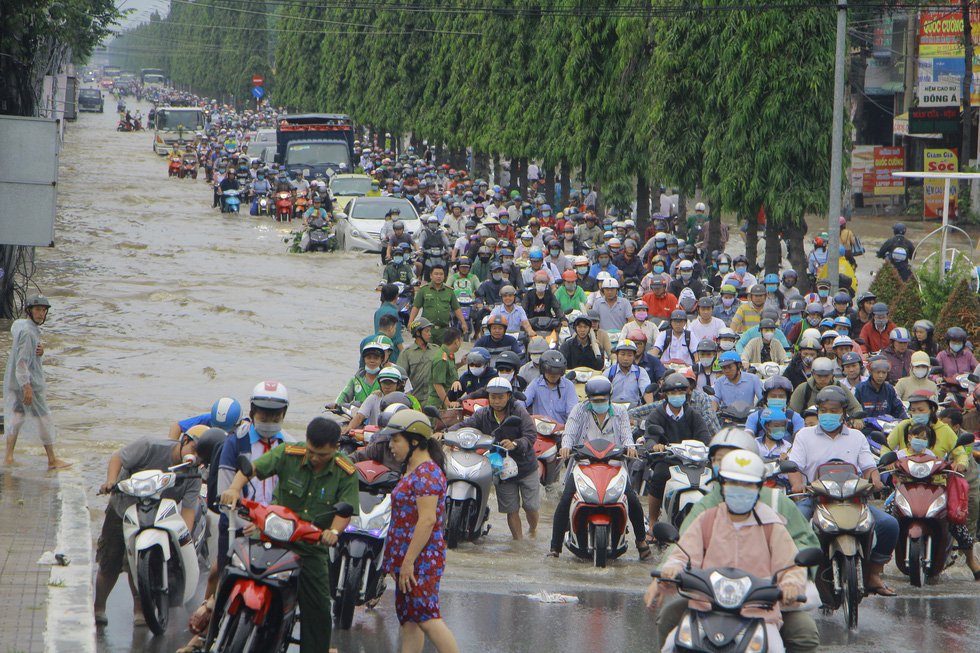 Rising water in Can Tho, the capital of the namesake Mekong Delta city, on Monday morning caused a slew of troubles to people on their way to school and work.

Monday is the second straight day rising water has inundated Can Tho City.

Inundation hit several streets, including Nguyen Van Cu, Mau Than, Cach Mang Thang Tam and Con Khuong and along Bung Xang Lake in Ninh Kieu District because of the influence of rising water levels in the Hau River.

It was troublesome to move on Mau Than, Vo Van Kiet, and Nguyen Van Cu Streets, especially when people were commuting to work and school at the start of the new week.

Despite traffic police officers’ control at the scene, the congestion was not quickly resolved.

Below are photos capturing people wading through inundation in Can Tho on Monday.