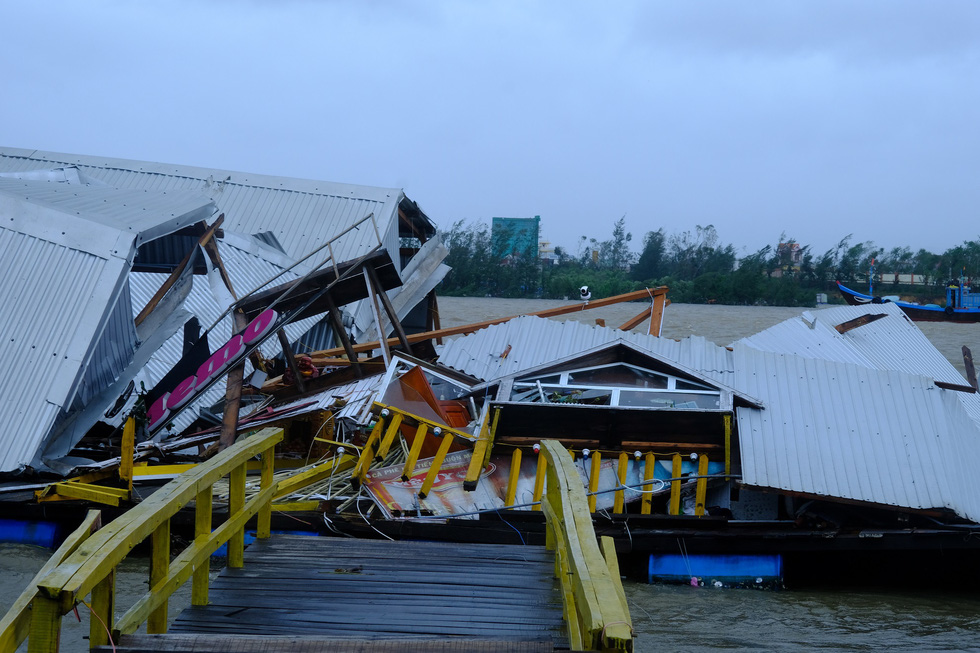 Two died, 28 were injured, more than 2,500 houses collapsed, and over 88,500 roofs were blown off after Tropical Storm Molave hit the central provinces from Da Nang to Phu Yen on Wednesday, according to the front steering committee for the storm response.

The central province of Quang Ngai appeared to be the hardest-hit locality in terms of property damage, with nine collapsed houses and 53,390 unroofed ones as of 5:00 pm on Wednesday.

Thirty-one office headquarters in Quang Ngai and 35 schools in the same province, Gia Lai, and Kon Tum were ravaged.

The entire village of floating raft restaurants, which used to draw flocks of diners and tourists, in Binh Dong Commune, located in Quang Ngai’s Binh Son District, was also left in a dilapidated state with collapsed and unroofed facilities.

According to the front steering committee for the storm response’s report on Thursday morning, low-lying areas in 29 wards and communes along the rivers of Tra Khuc, Ve, and Tra Cau in Quang Ngai were submerged one to two meters in water.

The province had to evacuate 16,829 people from flooded areas to safe places.

One suspension bridge in Kon Tum and two bridges in Binh Dinh were washed away. Landslides caused traffic blockage at 14 points in Kon Tum.

In the central province of Quang Nam, 48 inpatients at the provincial general hospital had to be evacuated as strong winds from the storm blew off the roof of the facility on Wednesday afternoon.

Below are photos of damage caused by Storm Molave to central Vietnamese provinces.