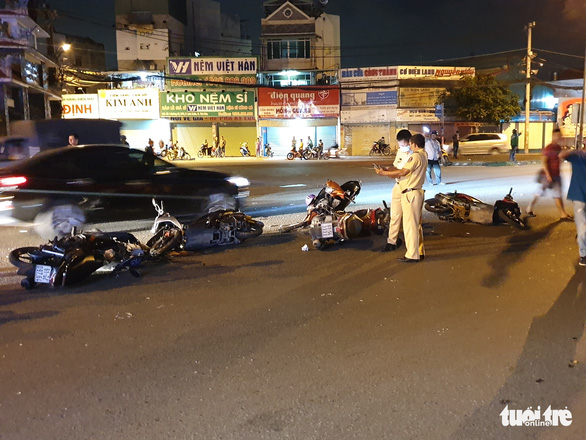 -- Many countries expressed their concerns over the situation in the East Vietnam Sea and affirmed a need to maintain sustainable peace and long-term stability in the important waterway during the 37th ASEAN Summit and the 15th East Asia Summit (EAS), the Vietnam News Agency quoted Le Thi Thu Hang, spokesperson of the Vietnamese Ministry of Foreign Affairs, as saying on Thursday.

-- Many people were injured when a seven-seater car crashed into 10 motorbikes in Thu Duc District, Ho Chi Minh City on Thursday night.

-- A Hanoi court on Thursday sentenced a man to death for beating his step-daughter to death in 2008.

-- The European Union must only lift coronavirus restrictions slowly and gradually to avoid another wave of infections, Reuters reported the head of the bloc’s executive as saying on Thursday.