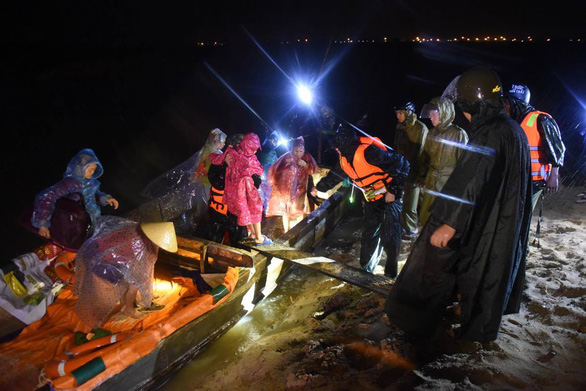 Moderate to heavy rains are in the forecast in the central and Central Highlands regions between November 28 and December 1, attributable to the influence of an intensified cold spell combined with the turbulence of high east winds, said the National Center for Hydro-meteorological Forecasting.

There were small rains across central localities, with the exception of medium rains in certain places, on Friday afternoon.

In the northern region, it drizzled in some areas on the same afternoon.

A cold snap moving southward since Friday night has begun impacting northern and north-central Vietnam, causing temperatures in the regions to plummet to 16-19 degrees Celsius.

The cold front, in combination with the turbulence of high east winds, is expected to bring precipitation of 200-400mm to the central and south-central regions, while some places may see up to 450mm from Saturday to December 1.

Between Sunday and Monday, rainfall of 100-150mm is expected in Central Highlands provinces. The precipitation may reach 200mm in some locations.

The rainfall will also create a high risk of flash floods and landslides in mountainous areas, and floods in the low-lying, riverside and urban areas from Quang Binh to Khanh Hoa and Central Highlands localities.

Vietnam’s Central Steering Committee for Natural Disaster Prevention and Control on Friday requested the aforementioned localities to make preparations for evacuation, rescue tasks and examine the operation of reservoirs, especially those of small hydropower plants.