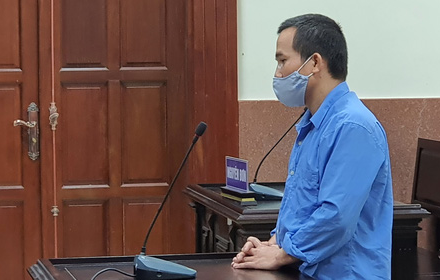 A man has been sentenced to 17 years in prison for raping a 12-year-old girl with intellectual disability in Ho Chi Minh City.

The High People’s Court in Ho Chi Minh City reheard a trial against Ly Chi Loi, 42, who hails from the southern province of Dong Nai, on Monday morning.

Loi was previously convicted of raping an under-16-year-old person and condemned to 17 years behind bars during his first trial. He then filed an appeal.

According to the indictment, Loi was riding his motorbike when he saw H.T.T.D. walking on the Ben Cat Bridge in District 12 at around 8:00 pm on August 14, 2018.

D. was 12 years old at the time and suffered from intellectual disability.

Loi asked the girl where she was heading and offered to take her there.

As it started to rain during their journey, Loi told D. that they needed to take shelter and took her to a hotel on Pham Van Chieu Street in Go Vap District.

As the receptionist asked about the two’s relationship, Loi said that he was D.’s father.

In the hotel room, Loi threatened the victim and raped her twice.

D. recognized the man and recounted the incident to C., before the latter joined hands with local residents to arrest Loi and reported the case to police officers.

During the trial, the court denied his appeal and upheld his 17-year prison term.