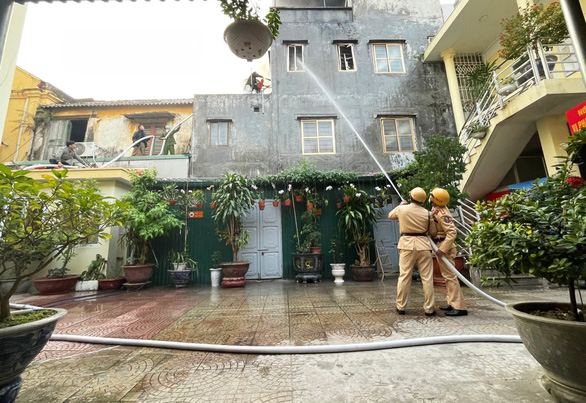 Traffic police save elderly woman from fire in northern Vietnam

According to leaders of the district’s traffic police unit, a fire broke out at a residential area in an alley on Tran Hung Dao Street in Hong Bang District when Nguyen Thi Chac, 83, was burning incense on the house’s third floor at around 4:20 pm on Monday.

The blaze, fueled by clothing products stored inside the house for the family’s business, spread quickly and prevented the old woman from escaping.

Following the report on the incident, traffic police officers of Hong Bang District arrived at the scene and broke into the burning house from a building next door.

The rescuers quickly brought Chac to safety then helped in putting out the fire.