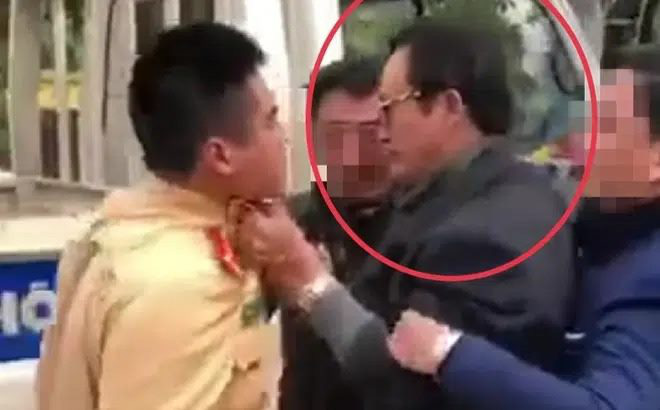 A population and family planning official from the northern Vietnamese province of Tuyen Quang has been caught on camera slapping a traffic police officer after being pulled over for drunk driving.

The traffic police division in Tuyen Quang Province confirmed on Wednesday that it had imposed a VND3 million (US$130) fine upon Lai Quoc Dat, head of the provincial Department of Population and Family Planning, for obstruction.

The agency will also request the province’s Department of Public Security to fine Dat VND35 million ($1,520) and revoke his driver’s license for 23 months for driving an automobile under the influence of alcohol.

At around 2:00 pm on January 11, Dat was driving his car at high speed and showing signs of drunk driving.

Local residents chased after him to film the violation and report the incident to police.

A team of traffic police officers arrived at the scene and pulled over Dat’s automobile before asking him to follow them to the police station to have his breath alcohol concentration measured.

Dat refused to cooperate and wound up slapping one of the officers before grabbing him by the shirt and insulting him.

The entire incident was filmed by eyewitnesses.

The official was eventually escorted to the police station where a test showed that his alcohol concentration was at 0.4 milligrams per liter of breath.

According to current regulations, car drivers must have a blood alcohol level of zero.