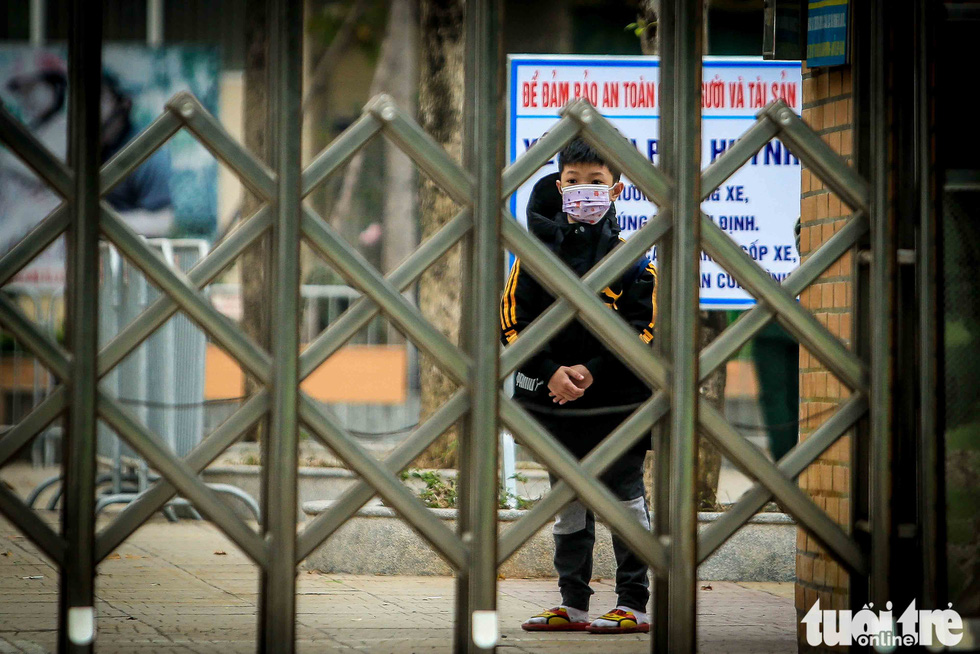 Nearly 80 students and teachers of Xuan Phuong Elementary School in Hanoi were sent to quarantine at the cordoned campus on Sunday after a third grader tested positive for the COVID-19 pathogen on Saturday.

They include 57 students and 22 teachers and staff members who came into close contact with L.D.N.K., a student of class 3E, who was confirmed to have been infected with COVID-19 on Saturday evening.

The Hanoi Center for Disease Control collected their samples for COVID-19 testing on Saturday.

According to the family of a quarantined student, their child was taken to quarantine only 30 minutes after the notice arrived via mobile phone message, which left them little time to prepare.

K. is the son of patient No. 1,694, who previously went to a wedding party in the northern province of Hai Duong on January 16 and had close contact with a COVID-19 patient.

Five of patient No. 1,694’s family members, namely his older son, wife, father, mother, and younger brother, have been confirmed to have the virus as well.

Hanoi authorities have ordered schools to close one week early for the Lunar New Year holiday, as a new COVID-19 outbreak has hit the capital recently.

Vietnam has confirmed 1,851 coronavirus cases, including 964 domestic infections, as of Tuesday morning, with 1,460 recoveries and 35 deaths, according to the Ministry of Health.