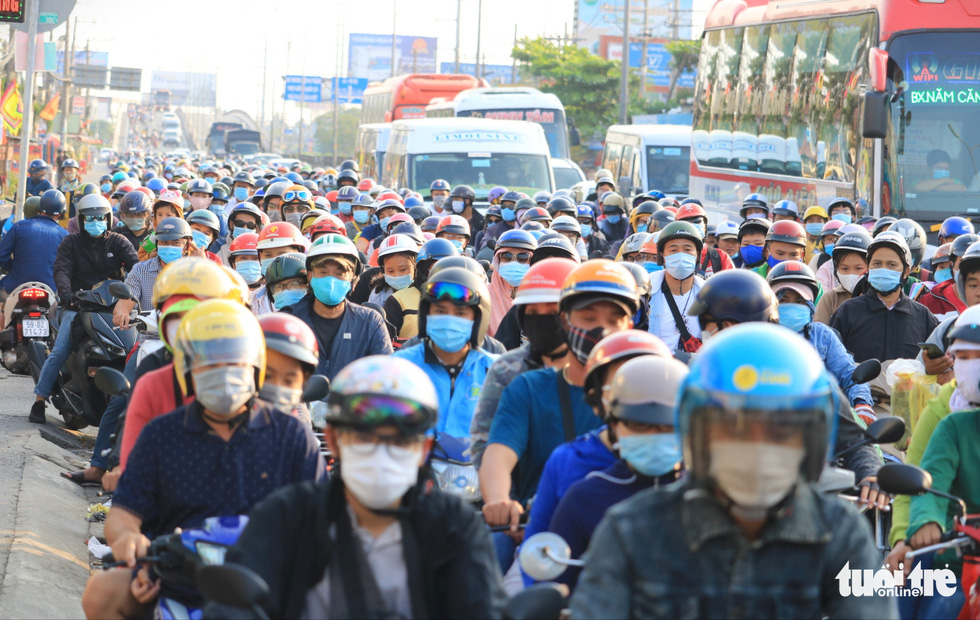 -- Vietnam on Thursday morning reported no COVID-19 case, keeping the country’s tally at 2,329 with over 1,600 recoveries, according to the Ministry of Health.

-- Police in Hanoi are investigating a case in which a 47-year-old Korean man died leaving a suicide note in an apartment in Bac Tu Liem District. He was negative for COVID-19.

-- Some 19,624 newborns were delivered during the seven-day Tet holiday from February 11 to 17, the Vietnam News Agency reported on Wednesday, quoting the Agency of Health Examination and Treatment at the Ministry of Health.

-- A local real estate group on Wednesday handed over to the Ho Chi Minh City administration an automatic COVID-19 testing machine worth nearly US$230,000 which is able to release results after only 2.5 hours for 96 samples at the same time, or 30 to 40 percent faster than current testing measures.

-- A total of 960 enterprises in Vietnam imported and exported their goods from February 10 to 16 with a total value of $1.67 billion, a 53 percent increase compared with the same period last year, according to the General Department of Vietnam Customs.

-- Ho Chi Minh City recorded 1,800 visitors booking hotel rooms during the Tet holiday from February 9 to 17, the municipal Department of Tourism reported after summarizing figures from 22 of the 124 local 3- to 5-star hotels, the Vietnam News Agency reported on Wednesday.

-- A group of students in the Mekong Delta region have run a project titled 'Green River' in order to reduce plastic pollution in local rivers, starting with giving free recycle bins to sellers on the famous Cai Rang floating market in Can Tho City, raising public awareness, and collecting river trash with a remote-control machine last year.