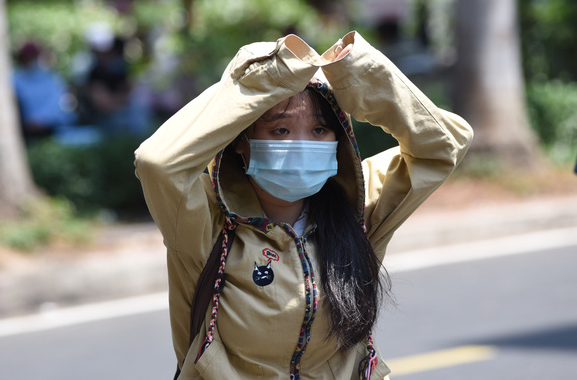 The weather in southern Vietnam is cooling down, with unseasonal rain likely to occur in some locations, according to the southern hydro-meteorological center.

The heat wave blanketing the southern Vietnam began to dissipate on Thursday, with the highest temperature in the region recorded at 35 degrees Celsius in some areas in Binh Phuoc Province.

On Friday, the weakening of the hot low-pressure front will further mitigate the heat in southern provinces.

The sky will be cloudier and the atmosphere at noon will not be too hot and unpleasant compared to previous days.

In the evening, convective clouds are forecast to result in unseasonal showers in some locations in the region.

However, the volume of rainfall will be quite low and shall not add much water to the local canal system.

The rain will also lead to lower temperatures.

Mercury will decrease rapidly toward the night, with average lows from 22 to 25 degrees Celsius.