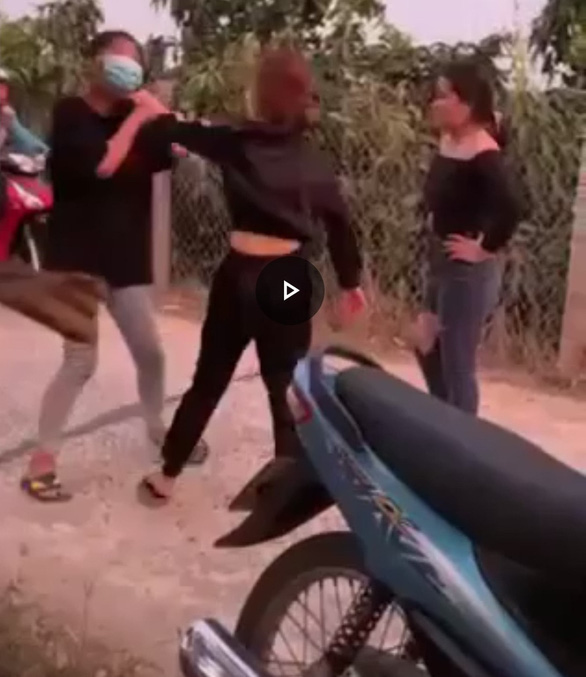 A Vietnamese teen girl was beaten by a gang of about 30 people organized by the girlfriend of the man who had raped her in the Mekong Delta province of An Giang.

Senior Lieutenant Colonel Pham Viet Hung, deputy head of the Department of Public Security of Cho Moi District in An Giang, said on Tuesday afternoon that the department had criminally detained Le Thanh Trung, a 19-year-old man in Tan My Commune in the same district, for the investigation into his act of “having sexual intercourse with people from 13 to under 16 years old.”

The detention came after H.T.H., living in Binh Phuoc Xuan Commune in the same district, had reported to local police that his daughter, M., had been sexually assaulted by Trung and assaulted by a gang organized by his girlfriend.

According to H., M., together with Ng. and D.A., visited Trung’s house on the evening of February 25.

M. then had drinks at Trung’s house with him and some other people.

It was until 11:00 pm on the same night that M. asked the drinking-buddies to take her home.

But the drinking-buddies all declined M.’s request and asked her to sleep over at Trung’s house.

M.’s decided to follow the sleepover suggestion as Trung pledged to let her sleep alone.

M. said that she could not properly close the door of the room she slept in as it had been broken.

In the early hours of the next day, Trung went to M.’s room while she was sleeping and raped her. She tried to resist him in vain.

After the rape, Trung took M. back to her home.

Trung then sent M. a text message with an apology and pledged to take responsibility for what he had done.

As for M., she kept the incident to herself.

Trung then told a person named Th. his sexual intercourse with M.. Th. went on to pass it to T., who was Trung’s girlfriend.

Out of jealousy, T. sent a threatening text message to M., demanding to meet her in person.

When M. arrived at the Muoi Than Canal to meet T. at about 5:00 pm on March 8, around 30 people used motorbikes to block M.’s way and prevent other people from entering the place.

T., with the support of two additional girls, physically and verbally attacked M., as well as took off M.’s clothes to humiliate her while another person filmed the entire process.

The gang then let M. go.

Frightened by the incident, M. took sleeping pills to commit suicide, which was promptly discovered by her family.

After receiving H.’s report, police in Cho Moi District sent M. to the medical facility for examination, as well as summoned the people involved in the case and witnesses.

According to police officers, Trung admitted his sexual assault.

“At first, we thought M. was under 13 years old, but after verification, we found out that she was over 13,” said Senior Lieutenant Colonel Pham Viet Hung, without stating M.’s exact age.