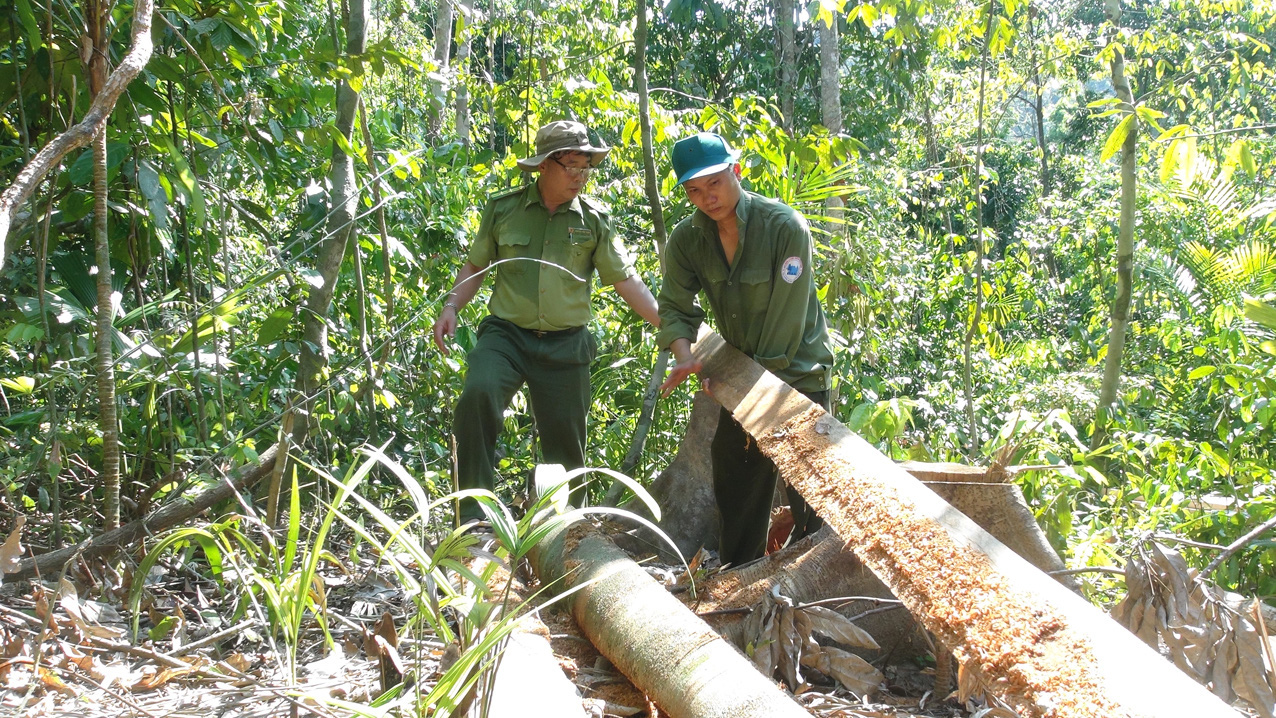 Police in the south-central Vietnamese province of Phu Yen on Thursday started legal proceedings against five forest protection officials for their lack of responsibility and abusing positions and power while on duty, leading to serious consequences in a deforestation case last May.

Four of the officials have faced the accusation of showing their lack of responsibility and causing serious consequences, including Nguyen Van Thuan, 24, Cao Tan Khoi, 32, Nguyen Huu Toan, 36, and Huynh Kim Truc, 49.

They have also been prohibited from leaving their residences.

The other, Phan Van Tam, 29, has been arrested and prosecuted for abusing position and power while performing duty.

The five officials in question are among a total of 24 accused in the deforestation case that occurred in Phu Yen’s Song Hinh and Tay Hoa Districts in May 2020, when the local forest protection forces discovered loggers had used motor vehicles to open a road, about two meters wide and nearly one kilometer long, in the forest for the transportation of illegally-cut wood.

The Phu Yen police’s investigation into the case later showed that 119 trees with diameters of 19-100 centimeters had been cut down without permission in total.