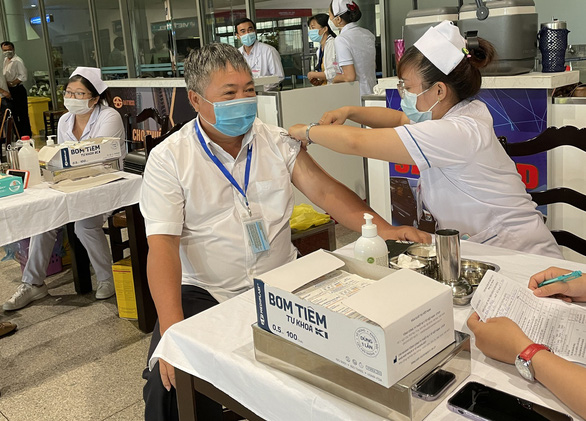 -- Deputy Minister of Foreign Affairs Nguyen Quoc Dung on Tuesday hosted a reception for Indian Ambassador to Vietnam Pranay Kumar Verma, during which he affirmed Vietnam’s solidarity and readiness to stand side by side with the Indian government and people in the fight against the COVID-19 pandemic, the Vietnam News Agency reported the same day.

-- People living in Hanoi are to be subject to compulsory medical declaration when returning to the capital city after the two public holidays of Reunification Day (April 30) and International Workers' Day (May 1).

-- More than 2,000 people who regularly work at Tan Son Nhat International Airport in Ho Chi Minh City have been vaccinated against COVID-19 from April 26 to 29, the Airports Corporation of Vietnam (ACV) said.

-- Vietnam on Tuesday reported five new COVID-19 cases, including four imported infections and one diagnosed after coming into direct contact with a patient in a quarantine zone in the northern province of Yen Bai. The country’s tally has reached 2,857, with 2,516 recoveries and 35 deaths.

-- A group of four are facing a fine of VND1-3 million (US$43 to 130) each after they were caught not wearing face masks while taking a rest during their shooting a film at 23/9 Park in Ho Chi Minh City’s District 1 on Tuesday.

-- Duong Van Thanh, 41, has recently been known for catching and killing an over-70kg Siamese crocodile which suddenly appeared in his garden in Binh Chanh District, Ho Chi Minh City earlier this month.

-- The U.S. Agency for International Development (USAID) is launching two new projects of conserving over 950,000 hectares of forested area across 12 provinces in Vietnam to help the country contribute climate-positive actions toward addressing the global climate crisis, the U.S. Embassy in Hanoi said in a press release on Tuesday.

-- The Ministry of Transport has said its units are expected to disburse around VND10.86 trillion (US$470 million) of public investment by the end of April, fulfilling 28 percent of the annual target, the Vietnam News Agency reported on Tuesday.