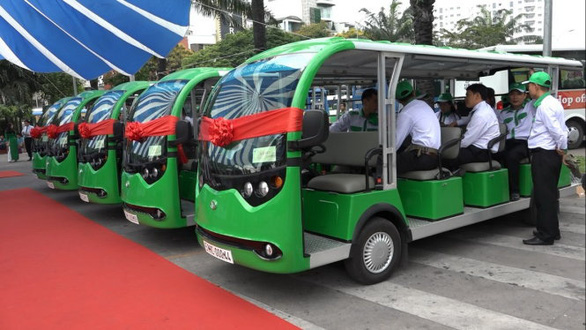 The People’s Committee of Ho Chi Minh City has just approved the trial operation of electric buses for tourists in outlying Can Gio District.

During the two-year trial, Gia Nghia Transport Tourism Co. Ltd. will operate 20 buses between 5:00 am and 10:00 pm daily, except in bad weather conditions.

Fourteen buses will be added in the later phase.

The People’s Committee of Ho Chi Minh City has tasked the municipal Department of Transport with instructing relevant agencies to implement the project.

The results of the pilot operation will be evaluated every six months.

Can Gio District, some 50 kilometers from the city’s downtown, is home to the Can Gio Mangrove Biosphere Reserve, which covers a terrestrial and marine area of over 75,700 hectares and was recognized by UNESCO in 2000.

Regarded as the ‘green lungs’ of the southern city, the mangrove forest hosts the highest diversity of mangrove plant species, mangrove-dwelling invertebrates, mangrove-associated fish, and shellfish species in the sub-region.