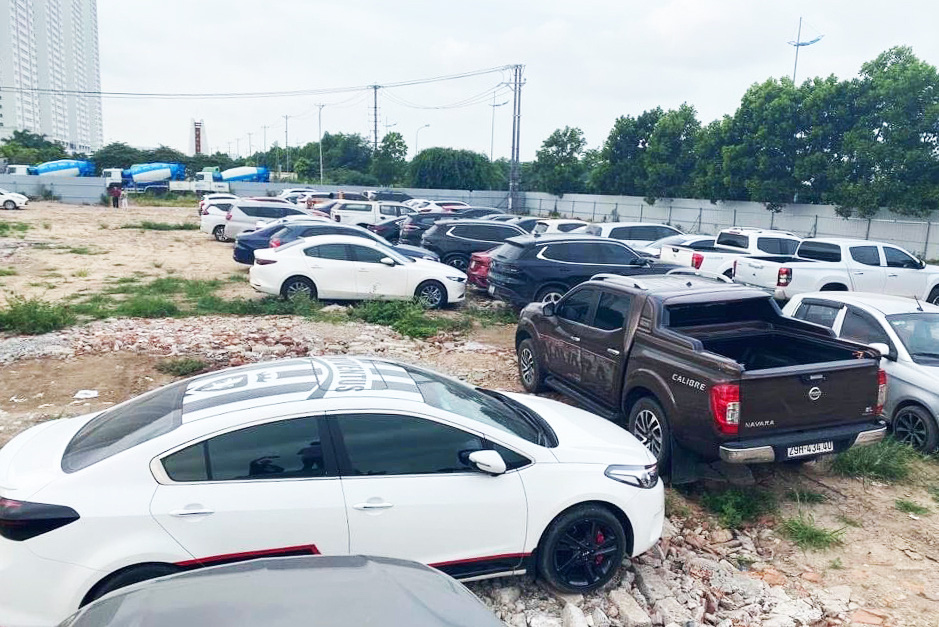 Police in Hanoi have busted an illegal ring that traded stolen cars and confiscated more than 70 automobiles of various types.

The investigation into the case began in late May, when Nguyen Dinh T., a resident in Nam Tu Liem District, reported the loss of a Toyota automobile.

After extracting necessary data, officers discovered that the automobile was first stolen from a parking lot in Cau Giay District before being taken to Long Bien and Gia Lam Districts.

The vehicle was eventually brought to Van Giang Town in the northern province of Hung Yen before having its GPS device removed.

Following a one-month probe, police determined that the car theft was associated with an illegal ring that traded stolen automobiles.

The racket was led by Nguyen Thanh Cong, 32, who resides in Hung Yen Province, while his two subordinates Nguyen Huu Tu, 28, and Nguyen Huu Trung, 27, are Hanoi residents.

Cong owned a garage named Thanh Cong in Hung Yen and also operated as a pawnbroker that accepted stolen cars or cars with no legitimate documents as collateral for loans.

He made deals with his clients via phone calls while Trung and Tu were in charge of meeting them directly.

After receiving the pawned vehicles, Trung and Tu removed their GPS devices and drove them to secret locations.

If clients failed to pay up their loans and interest on time, Cong would sell the vehicles to his buyers via either official or unofficial channels.

Police officers managed to pinpoint 12 locations where they kept the pawned automobiles and confiscated 73 cars of various types.

T.’s Toyota automobile was found on Friday as it was being sold in the northern province of Hai Duong.

After working with Cong, Trung, and Tu, officers were also able to identify the person who stole T.’s car and pawned it to the kingpin.