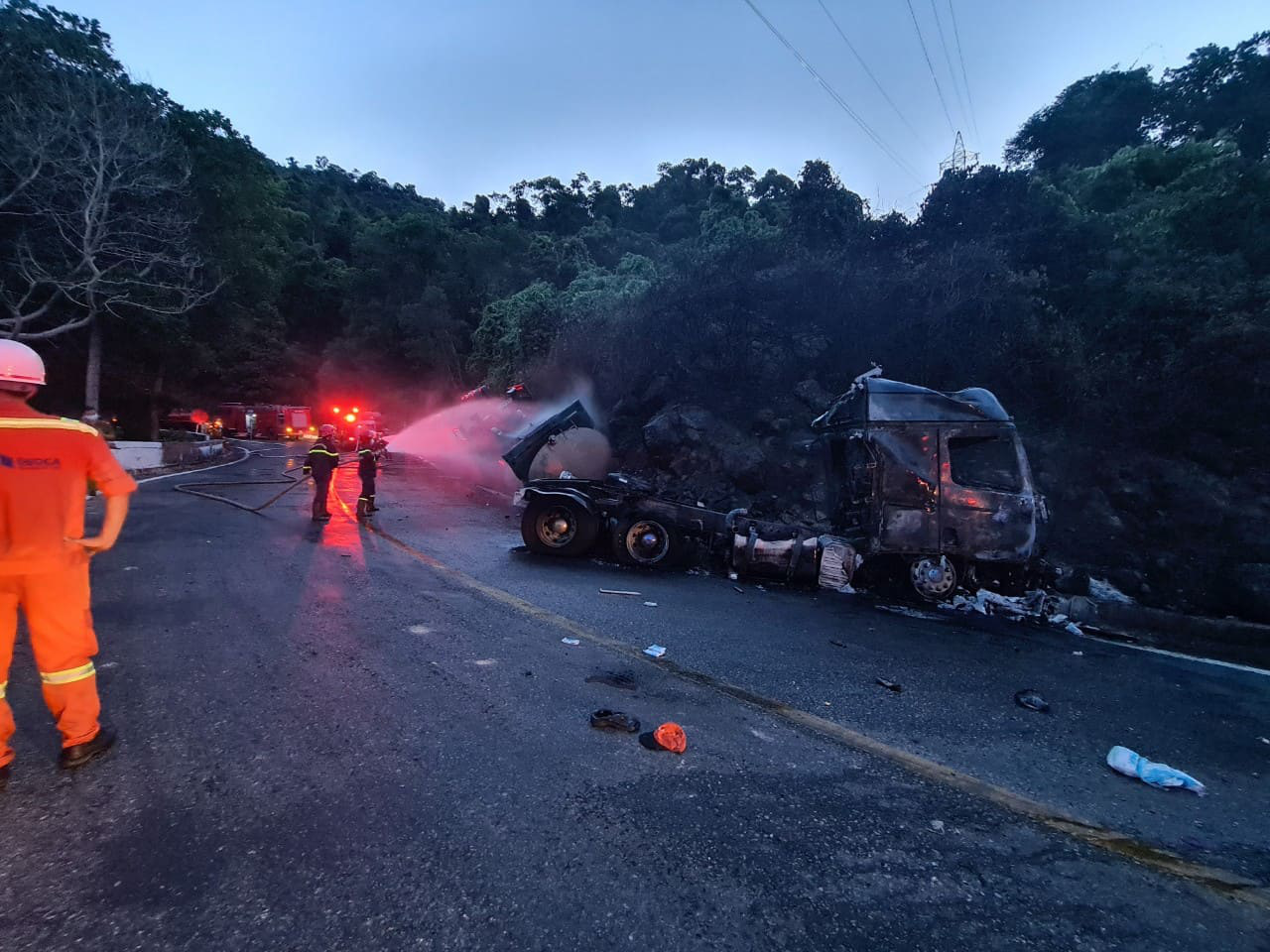 Traffic on the Hai Van Pass in central Vietnam was interrupted on Wednesday night after a fuel truck overturned and burst into flames.

The fuel truck, numbered 51R-14544, lost control and crashed into a cliff while traveling down the pass on its way from Da Nang to Hue City at around 6:00 pm that same day, according to Senior Colonel Phan Thanh Phong, head of the Department of Fire Prevention and Rescue in Thua Thien-Hue Province.

The fuel truck was flipped upside down and caught fire during the collision.

The accident injured the truck driver, who managed to jump out of the vehicle.

The man was taken to hospital and rescuers successfully put out the fire.

Traffic on the Hai Van Pass was obstructed following the incident.