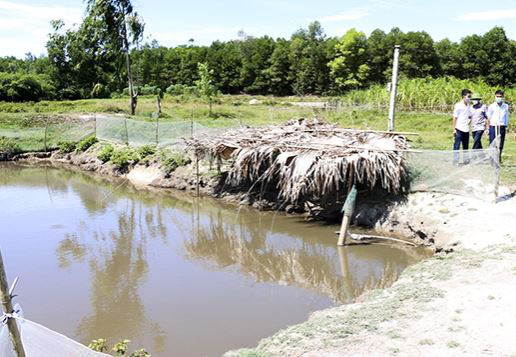 A three-year-old boy drowned after slipping into a fish pond at his home in the north-central Vietnamese province of Ha Tinh earlier this week, authorities said on Friday.

V.T.H.D., 3, residing in Duc Tho District, Ha Tinh, accidentally fell in to the pond, in which his family was farming fish, as he went out alone to look for his grandfather in the garden at around 4:00 pm on Thursday.

As D. was absent from the house for quite a while, the family searched for him before finding out him in the pond.

Family members took D. onto the ground and gave him first aid.

The child was then rushed to hospital but was determined to have passed away before arriving at the infirmary.

Local authorities visited D.’s family to offer their condolences after the accident.

D. returned to Duc Tho District from southern Binh Duong Province with his mother a month ago due to the worsened pandemic situation in the latter locality while his father remains there, according to local authorities.

Since the beginning of the year, Ha Tinh Province has recorded dozens of cases of drowning, which claimed 21 children and four young people.

In order to prevent drowning, the Ha Tinh Provincial Youth Union has installed five systems of automatic drowning warning loudspeakers and 18 lifebuoys in areas with high risk of child drowning.